Extension tubes are often looked at as cheap alternatives for a Macro or Close-up lens. 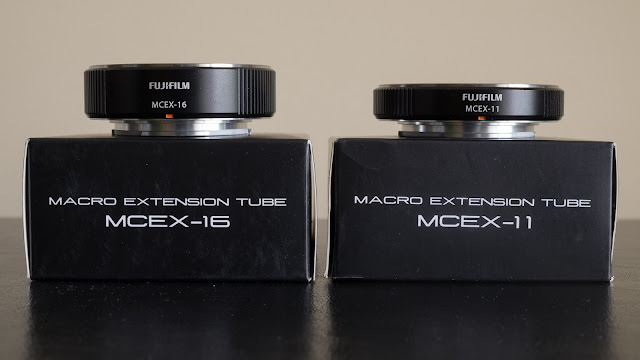 WHAT IS IT?
Let's start with a brief explanation what an extension tube is... In basic terms, it is a hollow cylinder that fits between your camera and lens, moving the lens further away from the sensor and therefore allowing it to focus more closely, with a larger magnification factor. Some come with electrical contacts, others don't. The ones that do normally keep all of the communication between the camera body and the lens going; IOS, Autofocus, etc...

The longer the tube, the closer the focus distance becomes, but also the more the distant/infinity focus is affected.

Because there are no glass elements in extension tubes (hollow tubes), most photographers tend believe that there is no difference in the image quality compared to shooting without them. However because lenses are always optimised for a specific distance between the lens and sensor-plane, there can be a reduction of sharpness towards the edges of the frame. Given the depth of field is so limited to start with, this is often not a big issue.

FUIJFILM MCEX-11 and MCEX-16
End of 2014, Fujifilm announced two extension tubes for their X-series lenses; an 11mm and a longer 16mm. They retail for 99,USD each and are made of quality metal, giving them the nice Fujifilm feel we are used to see with most of the XF lenses. 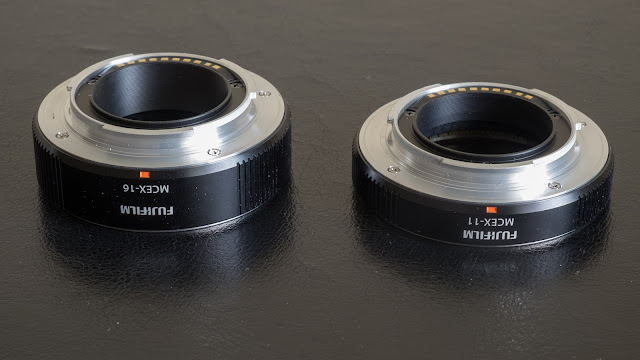 Important for extension tubes is that they fit tightly between the camera and the lens. This is something that cannot always be said of the cheaper third party extension tubes... Having a lens falling off the camera, can easily be more expensive than paying a bit more for the original extension tube(s).

Unlike some of the cheaper Chinese brands, the MCEX-11 and -16, communicate perfectly with all of the X-series camera bodies; IOS and Autofocus work just fine. Unfortunately, the EXIF data does not know whether the extension tube is connected or not.

Both extension tubes come without any form of cap or protection case; something that I did expect for an otherwise high quality item.

COMPATIBILITY TABLE
Fujifilm has an updated table, listing all of the XF lenses and their compatibility with the MCEX-11 and -16. The table below, can be downloaded here. 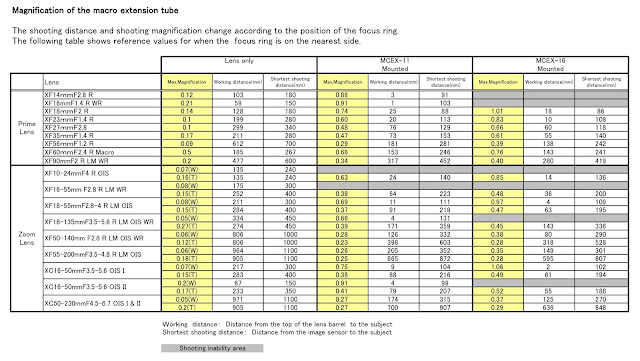 Practically speaking the working distance is the most useful as it shows the minimum distance in mm between the lens barrel and the subject. Browse the table to see if either the 11mm or 16mm version will best work for the specific lenses you want to use it on. I personally would not plan on using a combination of lens and tube if the working distance is less than about 20mm. Otherwise the lens element often creates a heavy shadow on the subject or might even completely block the light.

Personally I find the XF18mm, XF23mm, XF27mm and XF60mm primes, the most useful for the Fujifilm extension tubes. Otherwise the XF18-55 "kitlens" is especially good at the longer focal lengths (i.e. 55mm).

SAMPLE SHOTS
Below is a series of images shot with XF18-55 at 55mm at f16. No post-processing, shot in RAW and exported to jpegs through Lightroom CC. 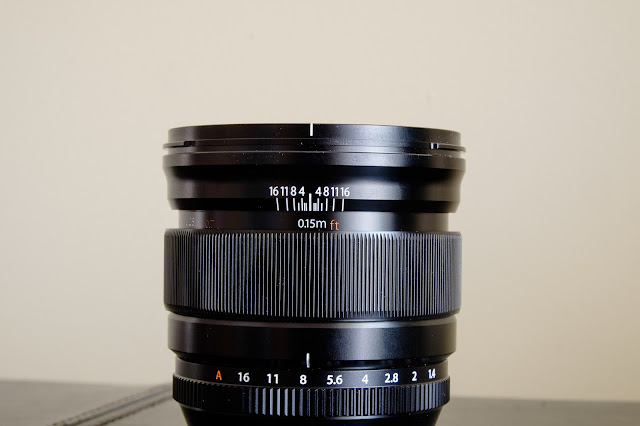 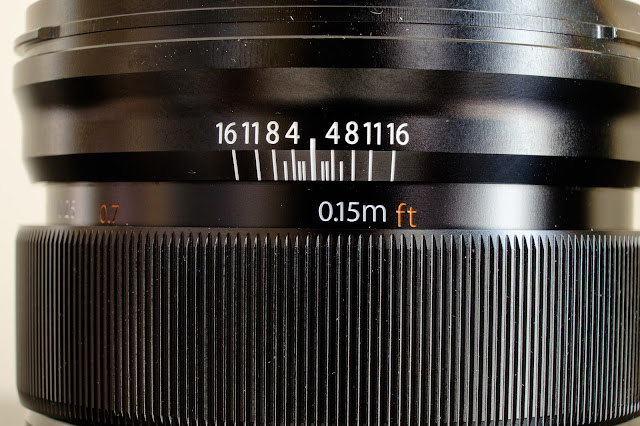 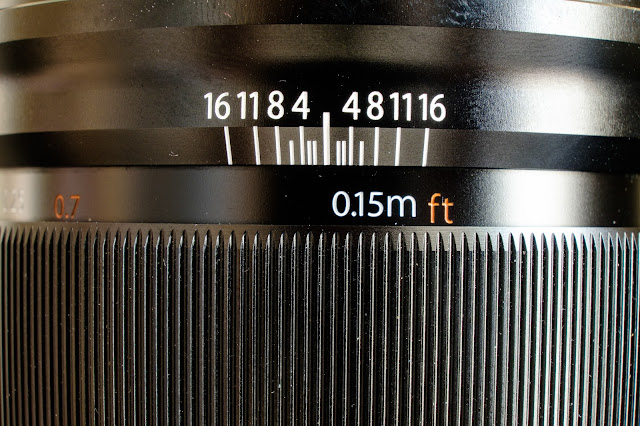 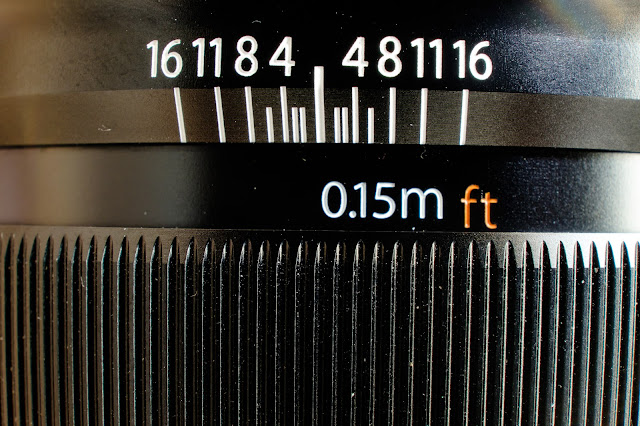 XF18-55 lens + MCEX11 +MCEX16
Even though the compatibility table above, shows no column for both extension tubes stacked together, it does work with some of the lenses and focal lengths. See image above. 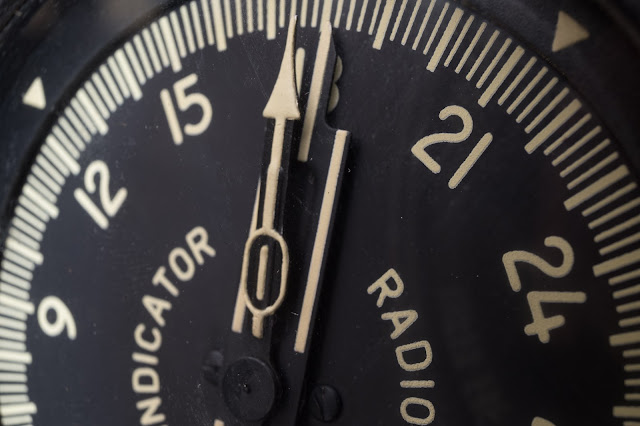 XF18-55 lens (@40mm, f14)  + MCEX-11
Notice the very narrow depth of field (max a couple of mm), where the right side of the instrument is in focus, while the left is not. This with a very small angle between the instrument and focal plane. 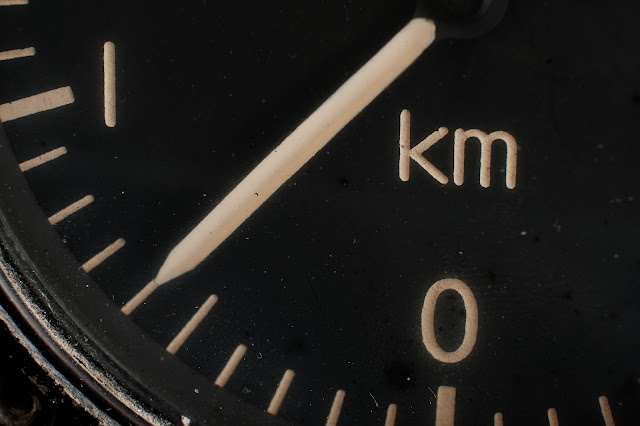 XF18-55 lens (@55mm, f14) + MCEX-16
This time the subject is completely parallel to the focal plane and the complete image is in focus. Little to no smearing at the edges of the frame was found. 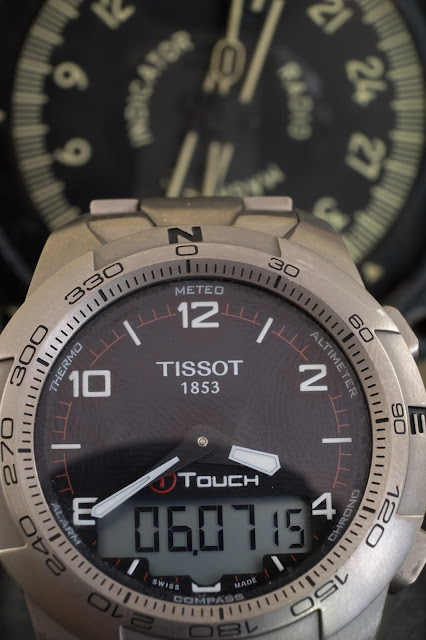 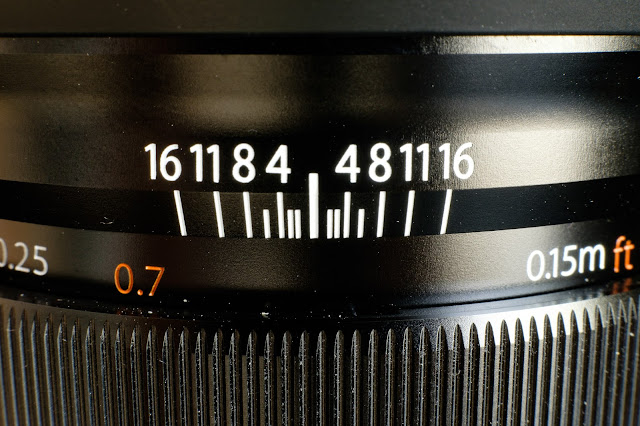 Some of you might find the price tag for the MCEX-11 and -16 on the high side for a something that just "spaces" your lens further away from the camera. Given the high quality the rings, I do recommend getting at least the MCEX-11; for less than 100,USD it might even boost your creativity.

If you are not sure, the MCEX-11 mounted on the 27mm pancake lens is a great combination to start with. Because the lens is so small the working distance remains pretty high at 76mm for the -11 (60mm for the -16). Otherwise I did also like both the -11 and -16 version on my 18-55 kit-lens as long as it is not used at the wider focal ranges.

To me the tubes are not a real replacement for real Macro photography but just another tool in your camera-bag. Their small size and compactness can come in handy when the unexpected need for a closer focus distance and higher magnification is called for. A good example would be a wedding photographer who takes a few shots of the wedding rings with an extension tube, rather than using a dedicated Macro lens.

Anonymous said…
I wonder why they don't work with XC lenses as there is no mention of these in the article at all?
September 26, 2019 at 3:00 PM