While recovering from a 9hr time-zone jet lag, I've been editing +1500 images from my recent "Florida and the Bahamas from sea level to 1000ft" trip.

Quite unexpectedly one of my aerial images has become a huge hit on the highly regarded www.500px photo-sharing site. As of now the photograph of a crashed Curtiss C-46A in the turquoise waters of the Exumas near Norman's cay, has won over 1200 votes and has been viewed more than 22000 times. It has also just been given the "Editors choice" award. 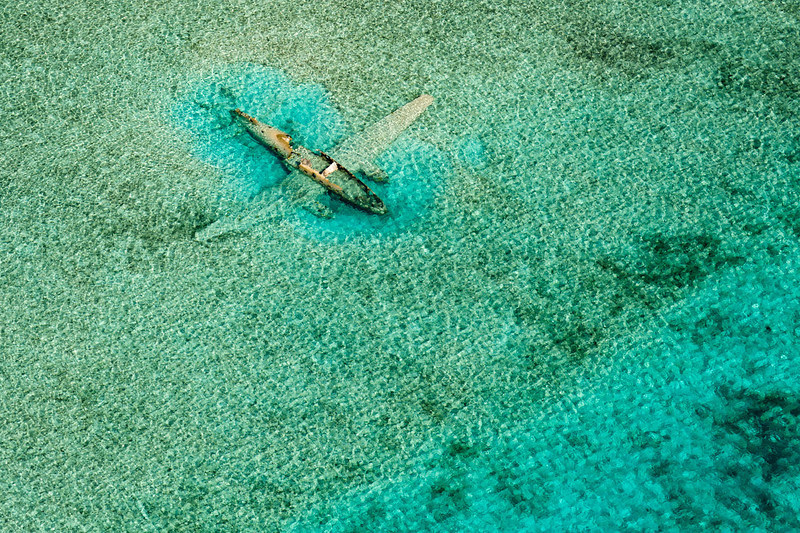 Often been mistaken as the smaller DC-3 (C-47), the Curtiss C-46A Super Commando, ditched just outside the Norman's Cay airport in the Exumas on Nov 15, 1980, while smuggling drugs for the Colombian Medellin cartel on Nov 15, 1980.

One of the only images of this aircraft in its better days, can be found here.

If you do like the image, please vote for it at my 500px site

I'll be blogging more on my recent  "Florida and the Bahamas from sea level to 1000ft" adventure as of next week. Meanwhile, please have a look at a selection of the images here.

Bjorn Moerman said…
Position is 1Km East from the center of the Norman's Cay airstrip in the Exumas. Visible on Google Earth!
December 2, 2011 at 6:51 PM