A bush plane is an aircraft serving a remote or undeveloped area where roads are normally insufficient or non existing. 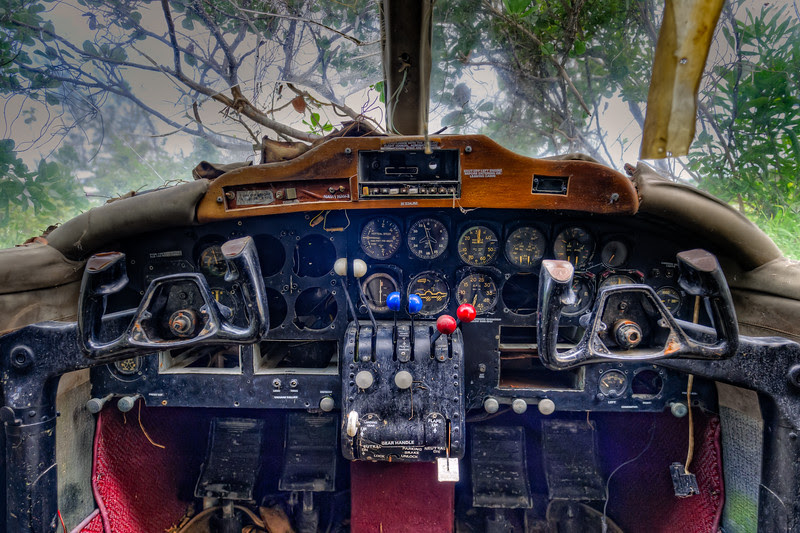 This "bush plane" however, is a 1956 Aero Commander 560, lying in the bush at Colonel Hill airport on Crooked island, Bahamas. I managed to crawl through the dense bush to shoot a HDR image of the cockpit of this twin engine 7 seat aircraft. One can clearly see the cracked windshield and the fact that some of the instruments have been removed/stolen.

A few more images giving a clearer picture of the surroundings can be found here.

It is quite possible that this aircraft was grounded after being used in the 1980 's for the then very popular drug trafficking through the Bahamas. Unfortunately, I'm not able to find more information on the aircraft beside that the last owner lived in Puerto Rico and that the FAA (US Federal Aviation Authority) officially does not know where the aircraft is! Well, I now do...