Never have I seen so much controversy after the launch of a new Fujifilm camera as with the X-Pro 3. The vast majority has been about the so called “hidden LCD”, but there was also no shortage of the lack of D-pad and the new OVF complainers. Unfortunately almost all people who were so vocal about the X-Pro 3 had never used and often never even seen the camera, let alone spend enough time with it to voice a real opinion. 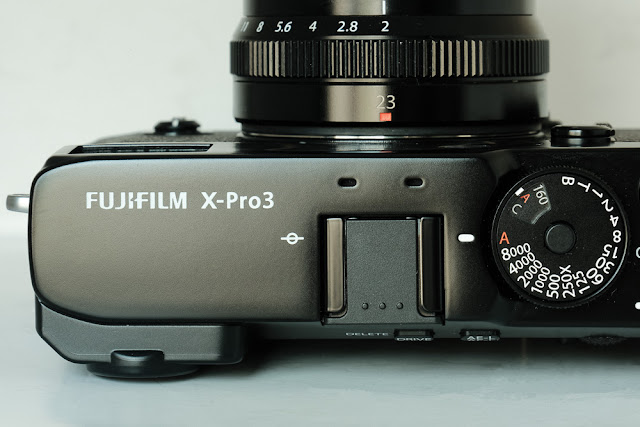 When reviewing new gear, I have an unwritten rule, that I'll have to shoot with it for at least a full week before I will publish a First Look review. For the X-Pro 3, I knew I would need a bit more time in order to have a good feel for the more minimalistic approach the camera was designed for.

I first picked up an X-Pro 3 end of October, making it 60 days since I framed my first image with it. This post will not be a classic review as there are plenty of good reviews out there. For those that first want to learn more about the camera's specifications, I invite you to look at the following three X-Pro 3 reviews, which I personally value the most: 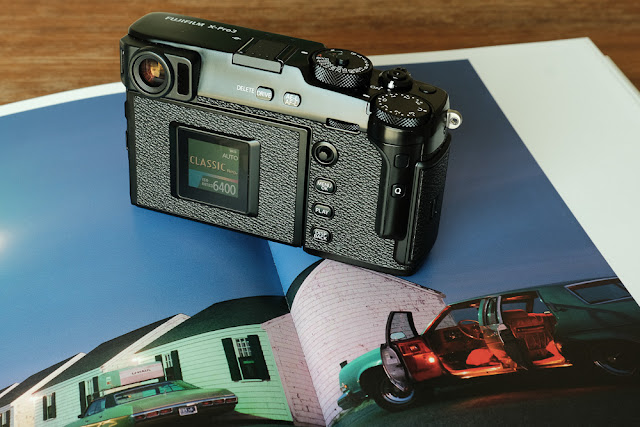 Rather than repeating what others have written multiple times, I've decided to list my top 3 Pro's and Con's of the new camera after now having used it for a couple of months. And yes, they are in chronological order. Here we go! 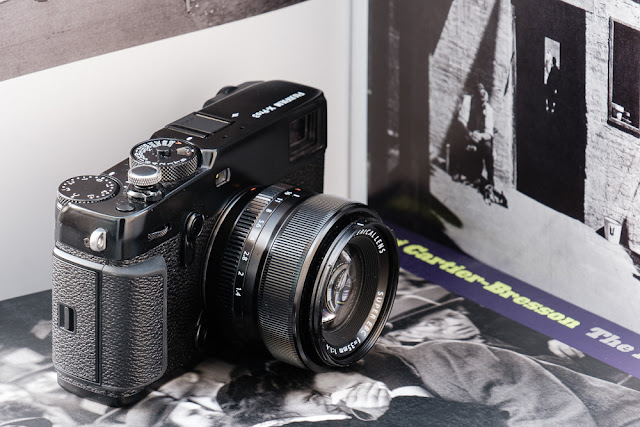 This was clearly a case of falling in love at first sight! Does a great looking camera make better pictures? Of course not, but you'll be much more tempted to go out and shoot. After all that is what really matters in Photography isn't it?

Even after two months, I'm still often just picking the X-Pro 3 with no specific purpose in mind. Over time it has become the camera I enjoy shooting the most and it seems to connect very well with my Street/Documentary style. I must say that the shooting experience was something that gradually grew on me; no love at first sight here... 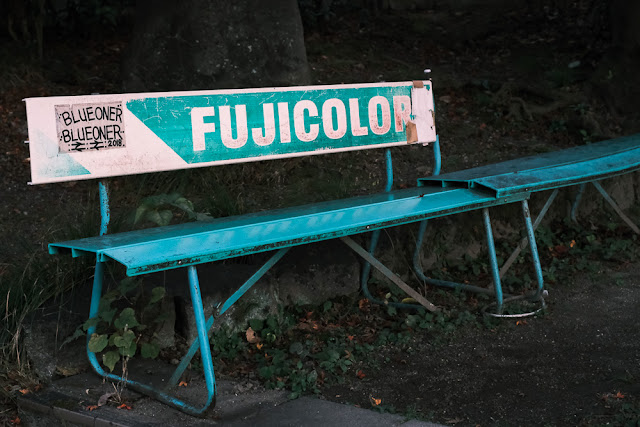 Inspired after Fujifilm Superia film stock, this has quickly become my go to natural light colour film simulation. I do realize that every time a new Film Simulation comes out, it often becomes our new favorite; this was the case with the Black and White Acros and also with Classic Chrome for a lot of Fujifilm shooters. Somehow it seems to be on a different level with Classic Negative!

Lets hope that Classic Negative will make it with a future firmware update to at least the X-T3 and X-T30. Check out the sample images at the end of this post to see what all the fuss is about!

3/ TILT LCD - LOW LEVEL SHOOTING (LANDSCAPE)
The new hidden LCD has likely been the most talked about item when the X-Pro 3 was announced. First, unlike some other X-Pro users, I've always been a strong proponent of tilt/flip LCD screens for candid photography. For waist level shooting, I find the X-Pro 3 screen even better than the 3 direction X-T3 tilt screen. And yes it had a higher resolution as well! When shooting low to the ground in portrait orientation the X-T3 still rocks however. 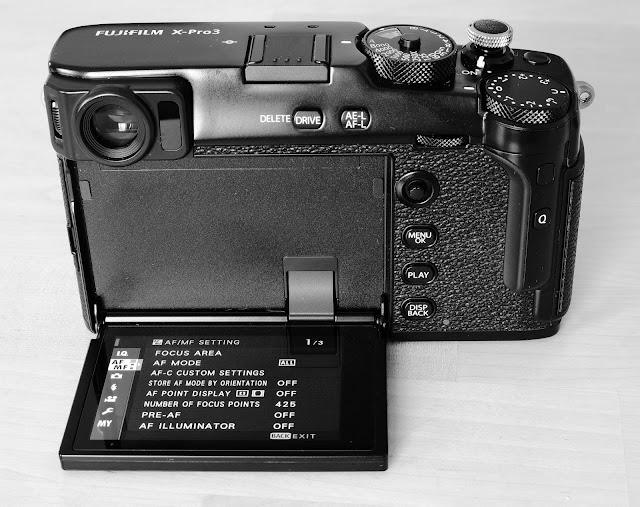 Compared to the X-T2/3 and X-T20/30, taking the hidden LCD out on the X-Pro 3, feels more natural and organic as well. I also love to use the screen for shooting discreetly from a table. 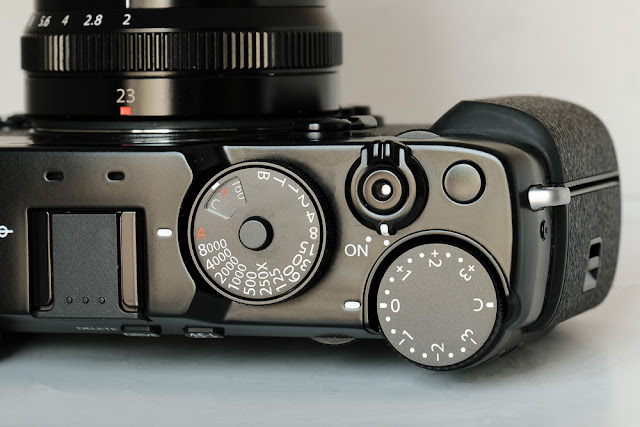 TOP 3 DISLIKES
As most photographers know, no camera is perfect and probably never will be. Like daily life, it is always a compromise. Here we go:

1/ LEFT EYE DOMINANT PHOTOGRAPHERS
I am part of about 1/3 of the worlds population who is left eye dominant"; i.e. closing your right eye while shooting with the left. As the X-Pro 3 viewfinder is on the left, it means that your nose is pressed against the small sub-display in the middle of the camera while shooting. Obviously "right eye dominant" people have their left eye free of the camera and can even use it to check their surroundings while looking through the viewfinder with the other eye; an advantage I'll unfortunately never have!

This has been my argument for not actively using the X-Pro (or X-E) series for years now. Its great looks and overall minimalistic shooting experience seem however to have pulled me over!

Fujifilm made it quite clear in its marketing campaign that the X-Pro 3 is not intended to be a "shoot it all" type of camera".  We have the X-T series for that! Do not buy an X-Pro 3 if you do a lot of Sport Photography (with long lenses), or landscape photography on tripods. An XF100-400 lens will obviously fit the body but it of course looks out of place and is not well balanced.

While the X-Pro 3 can of course be used on a tripod, one will need a small camera plate or the optional X-Pro 3 Metal Hand Grip, to use it effectively on a tripod. Be advised that depending on your set-up, the LCD might not be able to flip down 180 degrees and will therefore be restricted in its use.

In summary, for me the X-Pro 3 is a camera made for prime lenses; especially the smaller ones. It is perfect for Street and Documentary photography work, which is clearly what this camera is aimed at.

3/ LCD FOR PORTRAIT ORIENTATION
As explained in the Pro section nr. 3 above, I do not like the use of the LCD for waist level portrait orientation shots; one can use it that way but it just feels awkward. 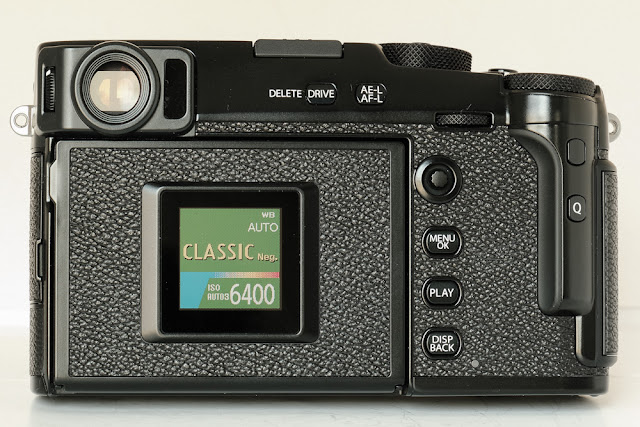 STOP CHIMPING!
For those not familiar with the term, "chimping" (after the Chimpanzee), it is when a photographer looks immediately at the image he/she just took on the LCD. Doing so in a dynamic environment like Street Photography, often means that you might loose other great moments and therefore also potentially some keeper images.

Personally I thought that I didn't really "chimp" that much. Having the "hidden LCD" on the X-Pro 3 is however very confrontational; making it much more obvious when you do look at the image you just made as you have to flip the screen down on purpose.

People have said/written that we can of course easily turn the LCD screen OFF on other cameras and achieve the same result. Well, while technically correct not having a screen right there, seems still be a little different. I was skeptical at the beginning, but seem to have bought into the concept!

FUJILOVE
Lastly I've written a blog article about my X-Pro series dilemma for the fine guys of "Fujilove". Make sure to check it out here. I can also recommend subscribing to the great Fujilove monthly Magazine. Always inspirational with great content.

SAMPLE IMAGES
I'll end this post by sharing some of my most favorite X-Pro 3 images shot during the last two months! All, except when mentioned otherwise, are shot using in camera Film Simulations and have minimal editing done to them.

Remember: "There are no bad cameras. There are only bad photographers"