When Fujifilm announced three new cameras on January 19 (X-T20, X-100F and GFX 50S), they also released a new lens; the XF50mm f2 lens, an announcement that was somewhat overshadowed by the other new gear. The lens is part of the new weather sealed f2 lens selection Fujifilm started in October 2015 when they released the very popular XF35mm f2. Last year in August, we saw the new XF23mm f2, which has quickly become my new go to lens for Street Photography.

I really like how Leica has several different lens line-ups; the main ones being Elmarit (f2.8), Summicron (f2.0) and Summilux (f1.4). Fujifilm seems to be heading in the same direction with the present f2.0 line-up, which I happily call the "Fujicron" line! 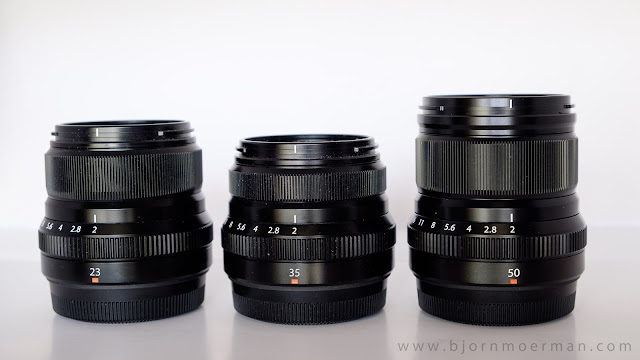 The XF50mm f2 has been on the Fujifilm lens roadmap since July 2016.

While a 50mm lens (also nicknamed the "Nifty Fifty") is often considered a standard or normal lens; mounted on a cropped sensor X-series camera body it behaves like a 75mm lens and becomes a mid-telephoto. What is often forgotten is that "field of view" and perspective are however still based on the 50mm optics.

Looking at all full frame camera/lens manufactures, only Leica offers a 75mm f2 lens as part of their Summicron lens range. For portrait photography, 85mm full frame equivalent is often referred to as a minimum, while 75mm is often felt to be too high of a focal length for street photography. However famous photographers like Saul Leiter were known to be shooting even longer focal lengths (i.e. 135mm) in the 50's and 60's.

QUALITY - SIZE - WEIGHT
Just like the 23mm and 35mm f2 lenses, the 50mm is also made in Japan; the high quality premium metal lens, consists of 9 lens elements in 7 groups. At just under 60mm length, it's a little bit longer than the 23mm f2 (52mm) and 35mm f2 (46mm). The overal shape and lens design allows for an almost clear view through the X-Pro2 Optical Viewfinder (OVF). 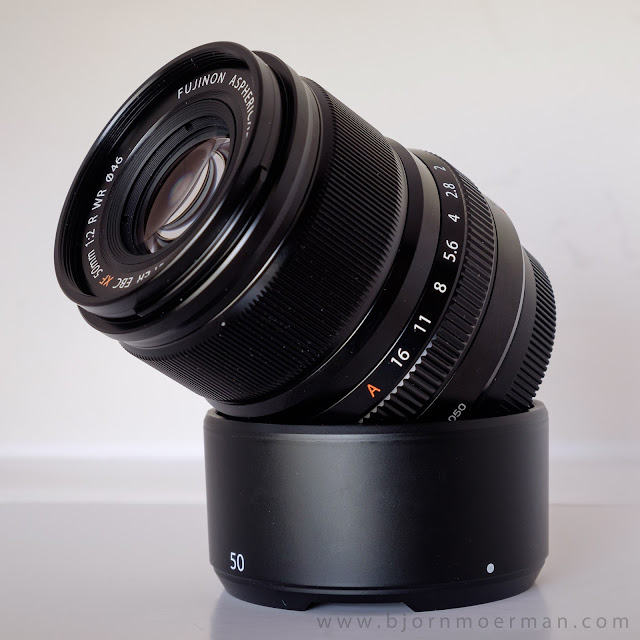 The aperture ring has the right amount of friction (similar to the other 2 lenses) but like the other two does not have a depth of field scale. The focus ring is about double the size of the 35mm f2 lens and 1/4 more than the 23mm f2; a welcome increase for all of you manual shooters! The only negative about manual focus is that one needs two full turns on the focus ring to go from the minimal focus distance to infinity. In comparison the 23mm f2 only needs one 360 degree turn to achieve the same.

Unfortunately Fujifilm wasn't able to maintain the 43mm filter size of its two older brothers and has increased it to 46mm. It weighs in at 200g, only slightly more than the 170g and 180g of respectively the 35 and 23. Overall the lens still feels light and nimble and a joy to work with.

The lens is available in silver and black; for stealth shooting, I definitively prefer the black lens, even on a silver X-series camera, but that is a personal choice.

LENS HOOD
Like all XF- lenses (except 27mm pancake lens), Fujifilm always provides a lens hood with the lens; especially companies like Canon please take note! Because of the longer focal length, the 50mm plastic lens hood is a bit larger than the 23mm and 35mm f2 provided ones. When mounted inverted on the lens for packing, it doesn't protrude. A third party metal lens hood is available if one so prefers.

Even if shooting directly into the sun I noticed virtually no sun flare; a tribute to the new Super Electron Beam Coating (EBC). 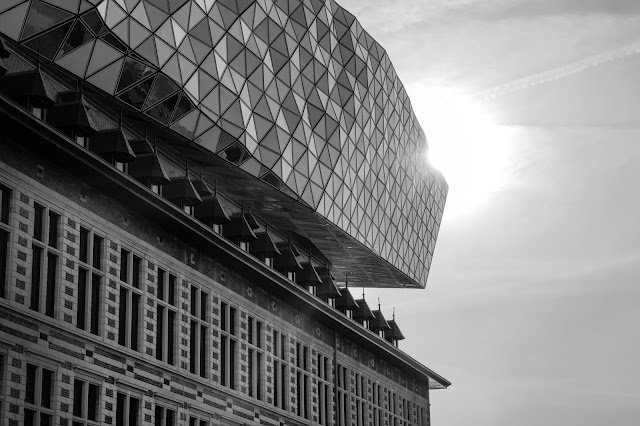 Although still very quiet, the auto-focus is a tiny bit more noticeable but nowhere close to the old 35mm f1.4 or 56mm f1.2. I'm really nit-picking here! Overall I'll call it quiet, but not 100% silent. 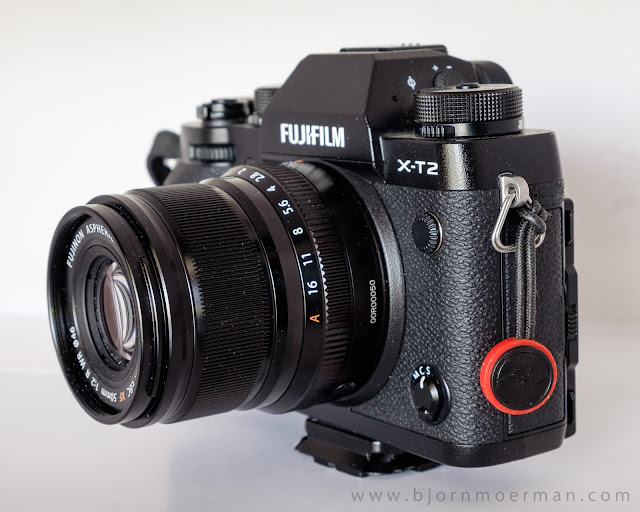 IMAGE QUALITY
The new 50mm is very sharp across the frame; including at wide open apertures. Corner sharpness is sharp; very similar to the 23mm f2 and sharper than the softer corners of the 35mm f2. Whatever decrease in sharpness there is in the extreme corners, is completely gone at f4.

The below in camera jpeg images are shot at just under 1 meter focus distance, on a tripod, with all default settings. No editing sharpness has been added; they are all SOOC (Straight Out Of Camera). Click on the images below for a 100% view.

Both with and without the lens hood I saw no vignetting or chromatic aberration.

MINIMUM FOCUS DISTANCE
At 39cm (15.3 inch) the minimal focus distance is slightly more than the 35cm of the 35mm f2 lens; in line with the expectations of a longer focal range and still enough for some close-up photography; obviously not for macro work. 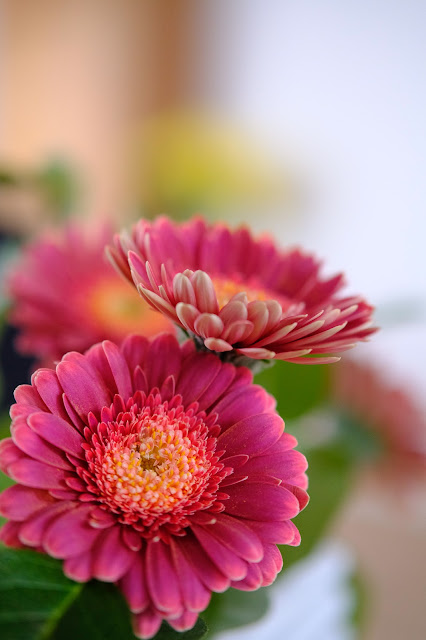 BOKEH
The 56mm f1.2 lens, is known to be a bokeh (out of focus areas) monster. Since the 50mm lens is an f 2.0 lens, it is needless to say that the falloff of the out of focus areas, is not as dramatic than a 1.2 lens. This is the main reason I won't compare these two lenses; after all they are very different.

DISTORTION
As can be expected for a normal (standard) lens, the distortion is minimal. A classical shot of a brick wall (focus at 1 meter) can be seen below; RAW shot, no perspective correction done. 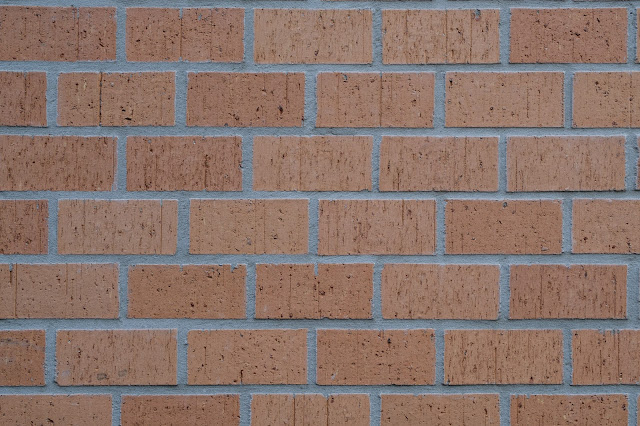 
CONCLUSION
So where does this lens fit in? For me the lens works well for documentary photography, including environmental portraits. Being small, lightweight and weather sealed, makes it a perfect fit for somebody who is on the road in challenging environments. Although possibly not your first choice for street photography, it does have its place if one wants to (or needs to) keep a longer distance from the subject. I look at it as my "shooting across the street" type of lens for street photography.

Even though the lens can be used for portrait photography, I find the focal length a little short; rather suggest using the 90mm f2 (review here) or even the 56mm f1.2 if portraits are your main focus. Wedding shooters might like the 50mm f2 for its fast and quiet autofocus and be happy to accept the slightly shorter focal length.

With its relative close minimal focus distance, it also makes for a good food and product photography lens.

As can be seen in the sample images above, I shot the lens in a large variety of scenes and really enjoyed the overall shooting experience; it forces you to think a bit different which always boosts your creativity. I didn't use it for video, but can definitively see some people successfully doing so with good results.

Will I buy the lens? Well since I'm a fan of the other two small f2 lenses (23mm and 35mm), I'll probably buy this one as well at some stage! 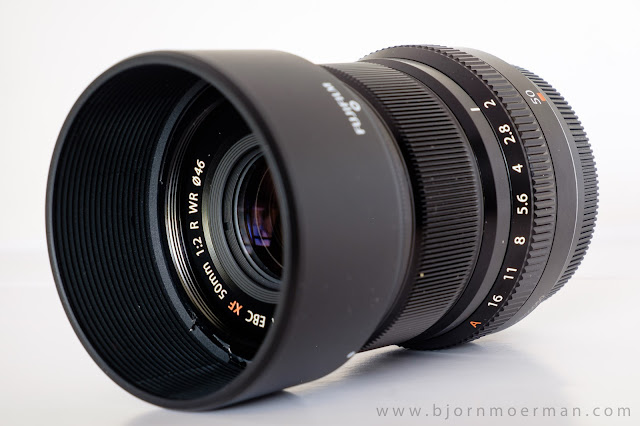 Priced at 449,-USD, its launch price is the same as the 23mm f2 and 50,-USD more expensive than the 35mm f2. The lens can be pre-ordered now and should be available in most parts of the world end of February.

Lastly, I've asked myself the question what will be next for the f2 Fujifilm lens line-up? First of all, I have absolutely no inside info... personally I can image three candidates for the next compact f2 WR lenses! What I hope for most would be a rebuilt of the 5 year old 18mm, secondary the 16mm and 14mm would make for a good candidate as well. Time will tell...

Unknown said…
Thank you for a great review. Did you test it without digital correction? To evaluate its optical qualities? And there are no issues with close focusing and image quality as it is with the 23 mm?
February 4, 2017 at 1:48 PM

Chris P said…
As you have pointed out in your review the 50mm has a filter size of 46mm and given that it is clear that the three lenses, 23, 35 and 50 were planned as a set this sort of stupid error should not have occurred. I am considering buying the 23 + 50. and now have to buy two sets of filters for two lenses.

It shows that Fuji are still not fully considering practical usage, as does the placement of the joystick on the X-T2, on the X-Pro2 and the GFX the it is at the top and close to the thumbgrip where it is most convenient to use, on the XT2 the thumb has to be stretched to almost a right angle.

Karin Gottschalk said…
Bjorn, many thanks for this first look review.

I have yet to see or try out the XF 50mm f/2 lens but can certainly imagine it as part of a Fujicron set to go with my X-Pro2 when shooting urban documentary stills. I have the XF 56mm f/1.2 and XF 23mm f/1.4 lenses for other work, may well get an X-T2 for use with them both and have my X-Pro2 kitted up with the more appropriate lenses.

I very much want Fujifilm to add an 18mm f/2 R WR to the Fujicron set - dating from my Leica days, in 35mm terms, 28mm and 75mm are my two most used focal lengths for urban documentary although the 35mm is a go-to focal length for when I can only carry one lens.

Unknown said…
Thanks for the review, very useful! Yes 75mm is an awkward focal length, almost a niche length but it's great to see that the build and image quality are keeping with Fujifilm's high bar they've set!

I see you use Peak Design too! Awesome!