A few days ago, I got back from a two week photo-adventure to Myanmar (Burma). Even though, I still have a lot of editing work to be done on the +3000 images I shot, I don't want to delay my in the field review of the Fujinon 50-140 f2.8 lens I took on the trip any longer.

First of all I would like to start with a big thank you to Fujifilm Middle East, who provided me with a copy of the lens ahead of the official launch date. Even though, I was told was a pre-production copy, I suspect it will be very close if not identical to the final version. The lens firmware used was 1.00. 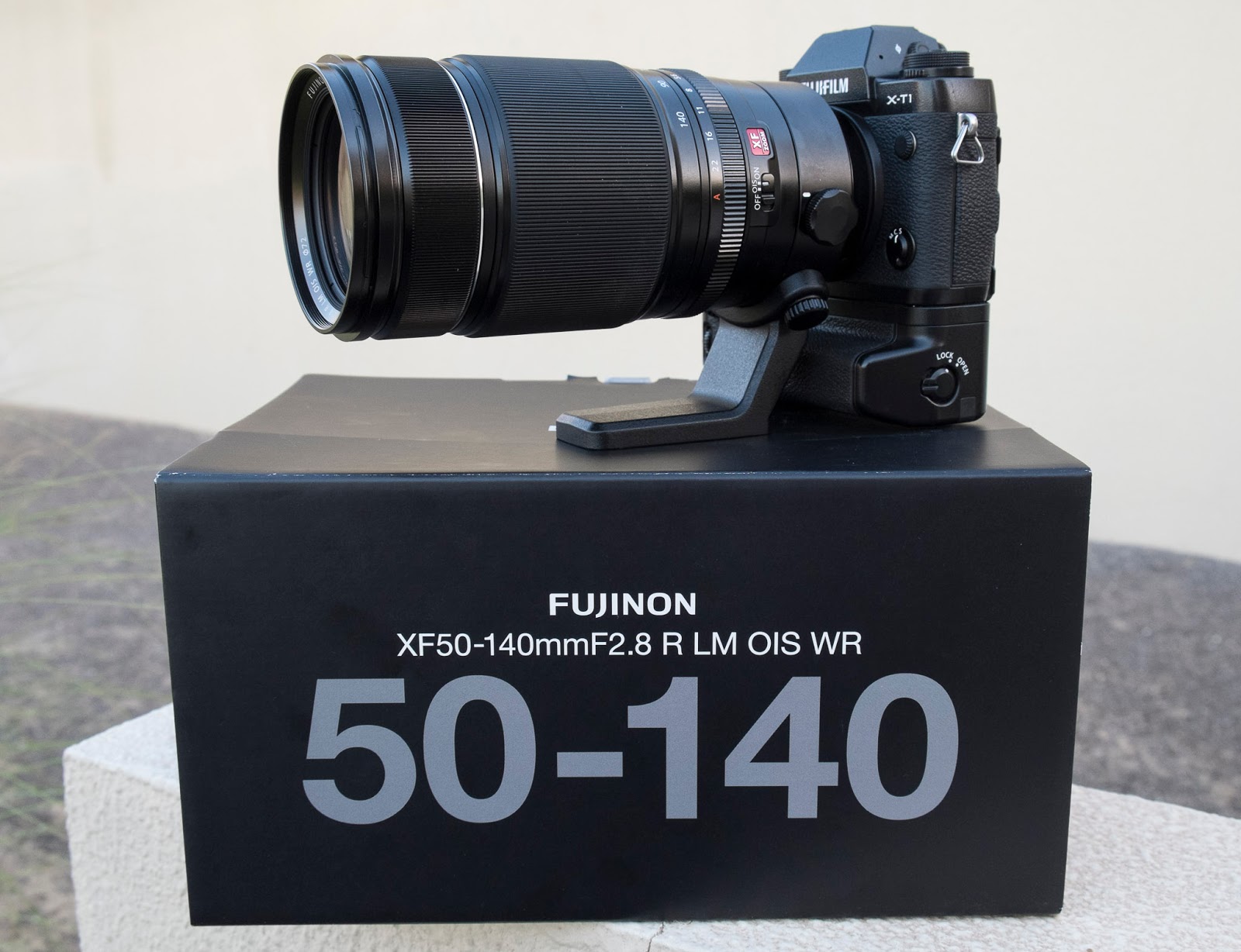 Rather than going into pixel peeping mode, I prefer to give the readers a practical review of how I used the lens over the last few weeks.

BUILD QUALITY
The overall build quality of this mostly metal made lens is superb; the friction of the aperture ring (thanks for installing a marked one Fuji!) feel just right. The zoom ring is the smoothest I've ever felt! The manual focus ring which is about 1/3 the size of the zoom ring, sits ergonomically in the right position and has a very large throw. This allows for extremely precise fine-tuning of the focus if the situation dictates. Overall for somebody with "average" male hands, all controls fell in place where one expects them to be.

I especially like how the rubber bands on the zoom-ring are installed; one of the weak elements on all of the of the Nikkor (Nikon) zoom glass! 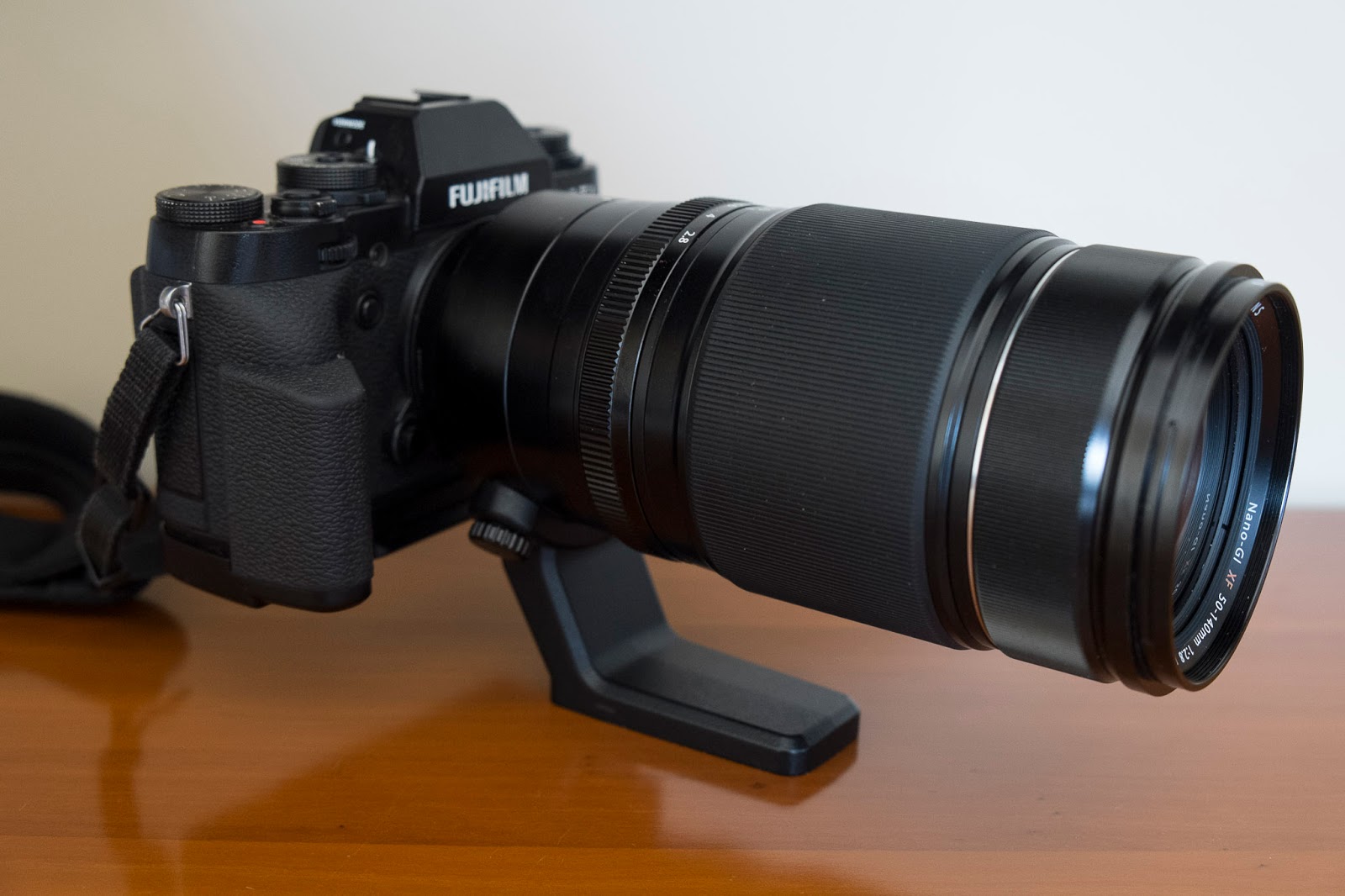 BALANCE
When I initially unboxed the lens, I was somewhat sceptical about how it would balance on the compact X-T1 without the battery grip. Most of the images however were made with the MHG-XT metal handgrip (see image above) and it felt just right. Without the handgrip it was still easy to shoot handheld, however it did not feel as balanced. About 20% of the time, I had the VG-XT1 battery grip installed and felt handling to be very similar to using the MHG-XT. There is definitively no need to buy the more expensive battery grip specifically for balancing reasons!

TRIPOD FOOT
The lens has a tripod foot, which can be easily removed to save weight without the need for additional tools. Unlike other Fujifilm accessories like the MHG-XT, the bottom of the tripod foot does not have the Arca dovetail plate design that is compatible with quick release plates from Really Right Stuff and others. Because of its slightly conic shape and depending where  one exactly clamps, there can be some play in the up and down axis when the lens is mounted on the tripod. I suspect third party lens plate designers might be in for a new accessory pretty quickly! Why the camera manufacturer does not do this straight away is beyond my understanding...Especially knowing most serious photographers are using Arca style plates and clamps. To be fair to Fuji, both Canon and Nikon do unfortunately exactly the same. 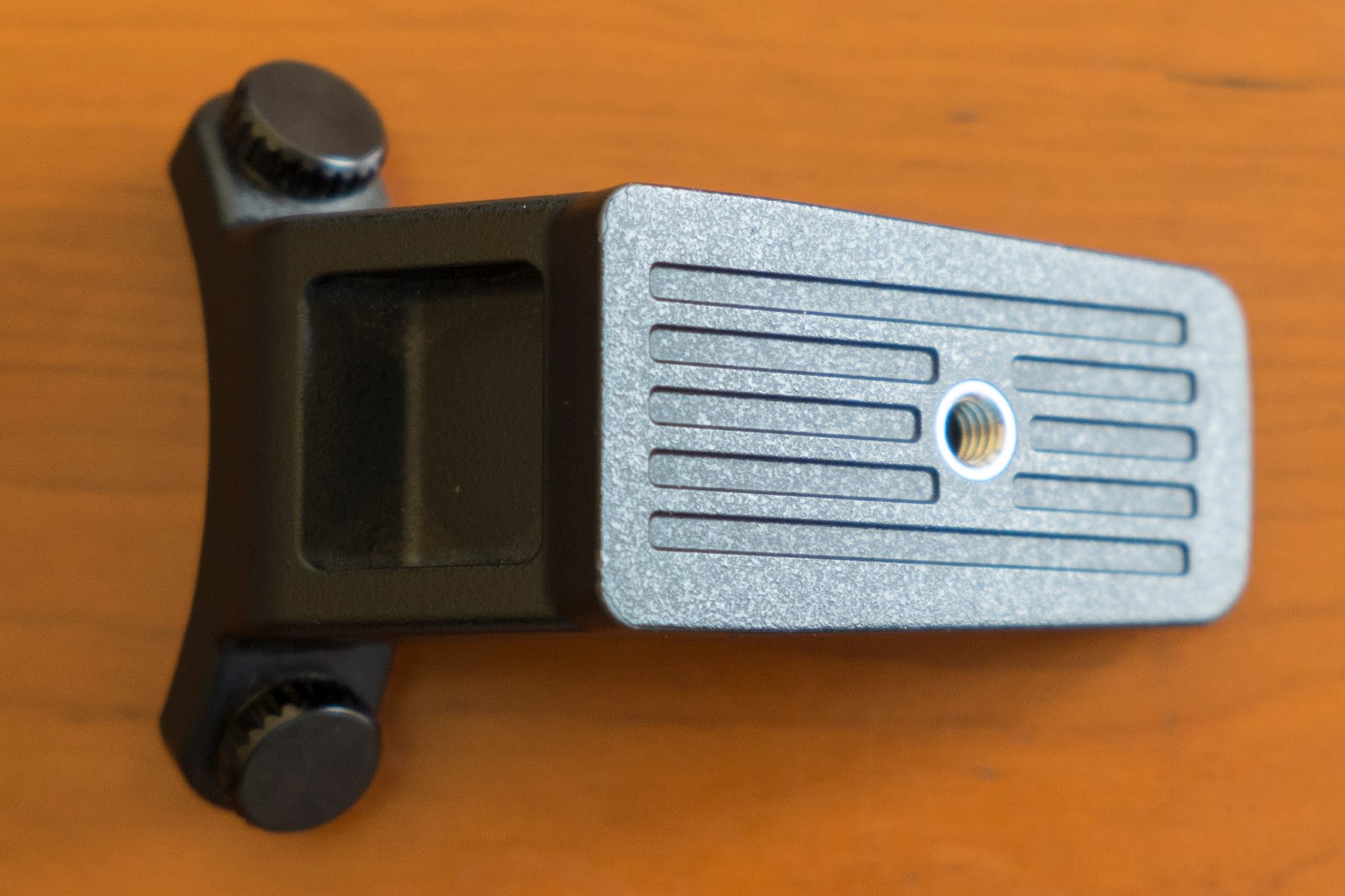 Otherwise, I found everything well balanced on the tripod both with the battery grip and with the MHG-XT.

Lastly one minor point; when shooting handheld in the vertical orientation with both the vertical grip and the lens foot installed, one needs to swivel the foot to the side or top, in order to be able to get a good grip. Looking at the first image of this post, will probably explain this better. 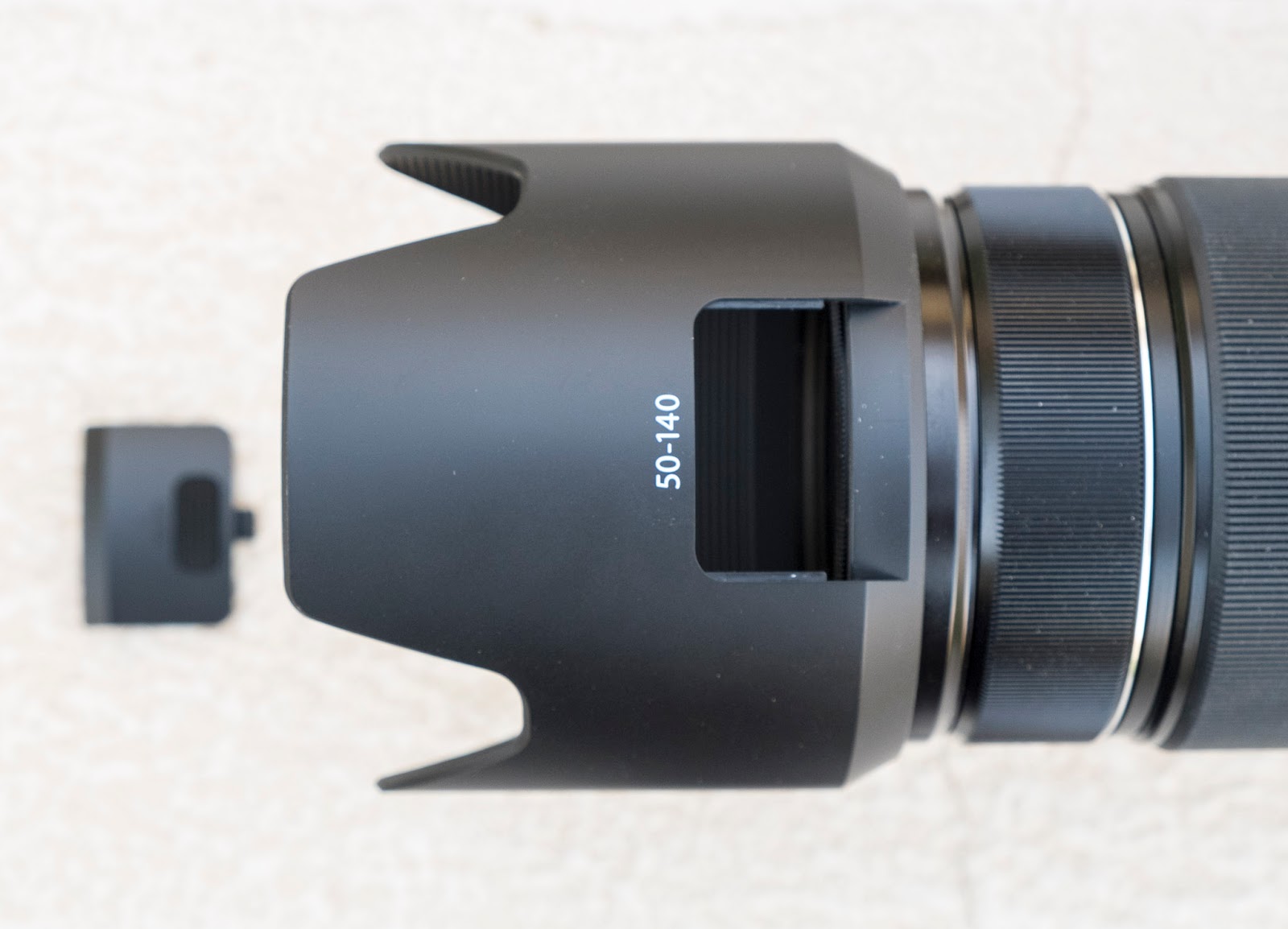 What I really like however, is the fact that one can remove a little piece of the lens-hood when shooting with filters. This way the filter can be turned, while keeping the advantages of using the lens-hood. I since discovered that Canon has even a better way, of having a sliding door; maybe Fuji should have gone the same way.

OPTICAL IMAGE STABILISOR (OIS)
The first Fujnon lens where I noticed a remarkable improvement in the OIS was the 18-135 which I reviewed here. Fujifilm claims 5 stops of reduction in shutter speed to a get consistent sharp images. The image below was shot handheld at 1/4s at 140mm (200mm full frame equivalent) which is a clear illustration that this is an actual fact rather than sweet sales talk. 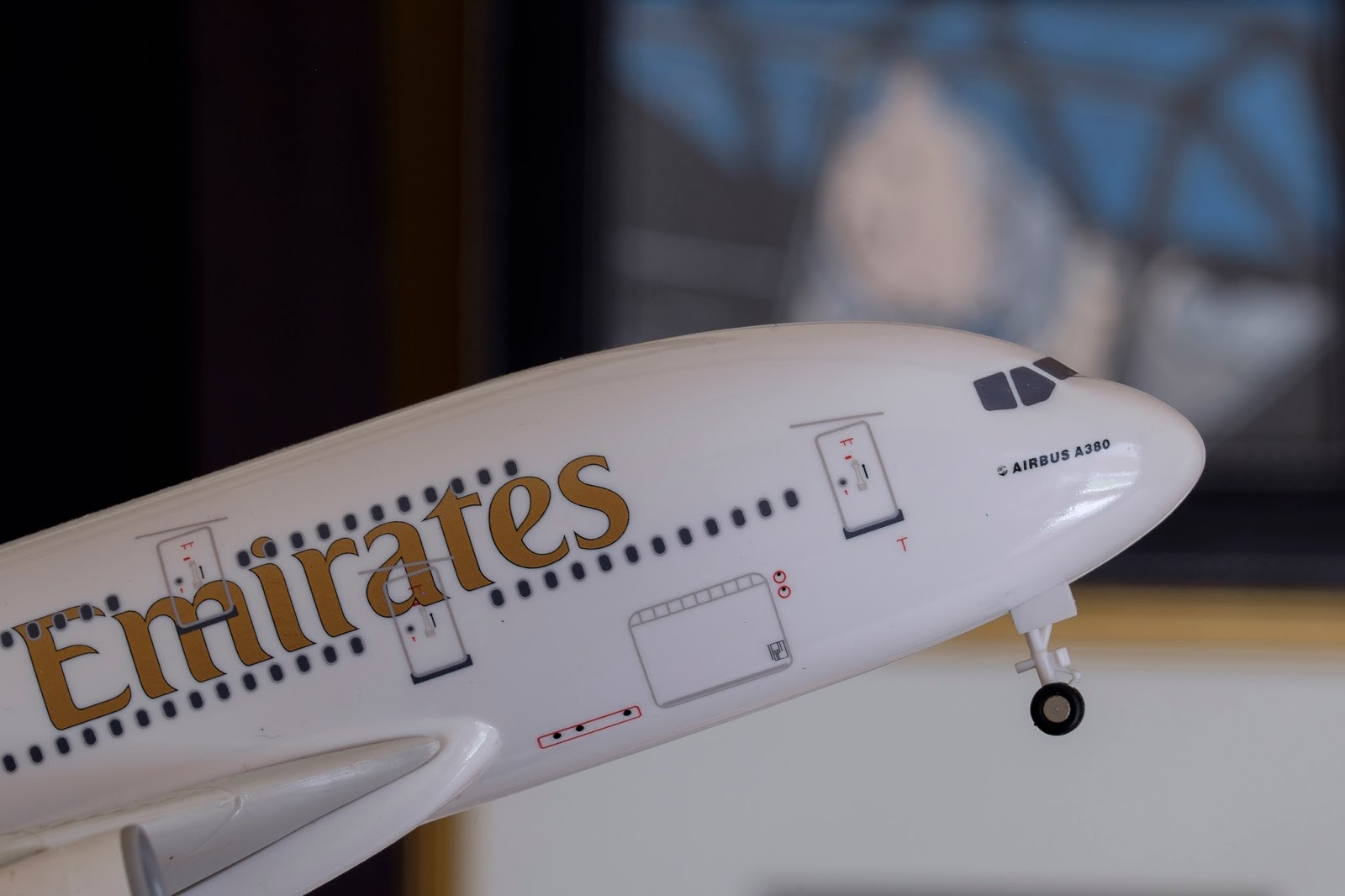 It is the first lens, where I can visually see the difference in camera shake through the EVF with the OIS in the ON and OFF position before making the image. The fact that Fujfilm has some excellent stabilised binoculars used by the military, is probably no coincidence!

WEATHER RESISTANCE
After the 18-135, this is the second Fujinon lens that has been weather sealed. Together with the weather sealed X-T1 this makes for a great combination when shooting in harsh outdoor conditions. Having been soaked with splash water on a small longboat and working in very dusty environments during the Myanmar trip, the pair never missed a beat!

AUTOFOCUS
Because of the large amount of glass installed in the 50-140 lens, Fujifilm elected to install triple linear autofocus motors. Off-set by 120 degrees, they make for a very snappy and quiet autofocus. There is a very soft, low frequency, background noise as soon as the camera is powered up.

As these three motors need to be powered by something and the camera battery is the only way to do so, I was initially worried that it might negatively effect the battery life. I did however not observe a noticeable reduction when using the 50-140 on my X-T1.

Auto-focus speed is very fast in normal lighting conditions. In very low light there is the occasional focus hunting; nothing more pronounced than on the other Fujinon glass however.


BOKEH (quality of the out of focus area)
When one is investing in a large aperture lens, a question that naturally comes up straight away, is "How is the Bokeh?". After all this is one of the main reasons we are paying the big bucks for this type of quality glass!

However, there are a few misconceptions that I would like to clear up first: some people tend to compare it to a 70-200 2.8 lens mounted on a full frame camera body. The bokeh is obviously going to be different because we are using a cropped sensor body. Secondly I've heard comments such as, "The bokeh seems to be not as good as the 56mm 1.2". Well, duh... an f1.2 lens is obviously going to give a shallower depth of field and therefore a different bokeh.

Now, "how is the bokeh on the 50-140"? Overall I'm very pleased with the quality of the bokeh. When shooting a very contrasty background, it can at times be a little harsh, but that is as expected when accepting the above misconceptions.

SHARPNESS
Last but not least; this is really where this lens shines! Although I did not do any specific sharpness comparison shots between different Fujinon lenses, I can clearly pick the images shot with the 50-140 from the ones shot with the 18-55, without referencing the Meta data.

The fact that the 18-55 is a pretty sharp zoomlens to start with, makes this even a stronger statement!

WHERE ARE THE NEGATIVES?
Well you probably noticed by now that there are very little! Yes, it would have been nice to see the lens ever so slightly smaller and lighter, but I guess we would have to compromise on image quality.

The only thing that I really would have liked to see different is the design of the  tripod foot. Given both Canon and Nikon make the same mistakes, I was hoping Fujifilm would be ahead of the game here...


CONCLUSION
Will I buy this lens? Short answer, YES! I had barely taken it out of the box, before the decision was made. Having now extensively tested it by shooting more than 2000 images on my trip to Myanmar (Burma) over the last few weeks, the decision has been re-enforced!

While a 70-200 2.8 on a full frame camera, is a bread and butter lens for most pro's shooting people, the Fujifilm 50-140 2.8 will do the same for your X-series body. I feel the image quality of the lens is very close if not slightly better than the Nikon 70-200 2.8, while its built quality and smoothness of operation is clearly better.

Just like with the 70-200, I've also found myself often using the lens for landscape photography. The combination of the compression at the longer focal length with its extreme sharpness, makes for some strong images!


A FEW MORE EXAMPLE IMAGES
While I'm still in the middle of editing over 3000 images from the trip to Myanmar, one can already check out the new Myanmar gallery here. Over 80% of the images in this gallery are shot with the 50-140 lens. New images will be added daily. To see if the image is indeed a 50-140 image, click on the little "i"  icon on the bottom right of the image, to see the EXIF data; all images in the 50mm to 140mm range are indeed shot with the XF 50-140 2.8.

For the ones interested in the specifics of my Myanmar (Burma) photo-adventure, expect a multi-blogpost series over the coming days.