Just over two months ago, I started planning a landscape photo-adventure to the Isle of Skye (Scotland-UK). While searching for accommodation it was clear that the ideal locations for a photography trip had all been booked already... Time to work on plan B! 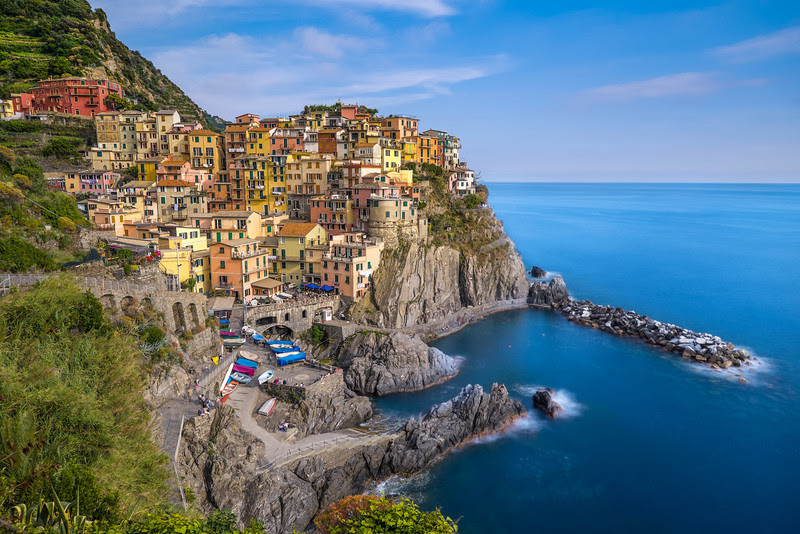 The Cinque Terre National park in the Ligurian region is located about 250km SW of Milan and only 100km SE of Genoa. It consists of 5 remote villages right on the coastline, which until the 1960's could only be reached by boat and train. Because all but one ( Monterosso) village, are largely car-free, we elected to take a three hour train ride from Milan instead. In hindsight this proved to be a very wise decision!

Accommodation in the 5T villages consists mainly of furnished apartments and is limited to only a few hotels per village. The only exception is Monterosso where hotels are much more common. After an extensive search, we found two nights accommodation in Riomaggiore and two more in Monterosso. Locals told me the main tourist season runs from early April to end of October with most places selling out months in advance. As an alternative one can stay in the city of La Spezia which is only a few minutes away by train. 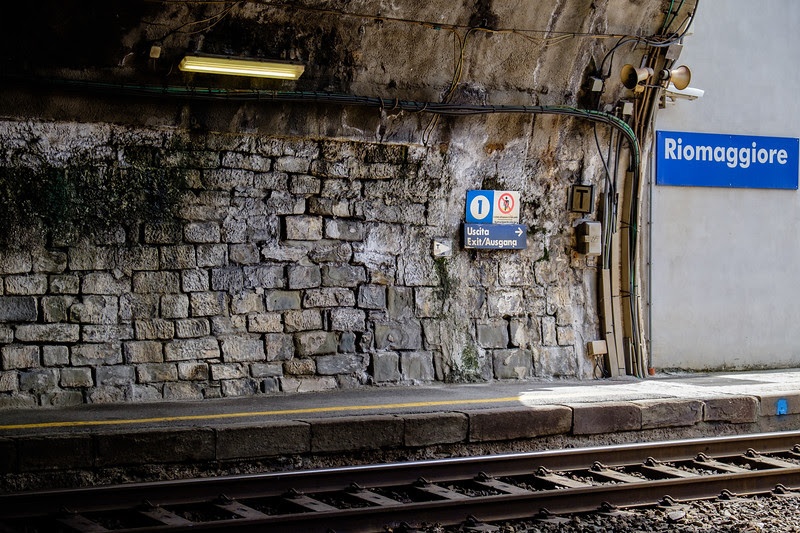 Just like my recent trip to New Zealand, I elected to travel light again; rather than taking the heavy DSLR gear I took my two X-series Fujifilm cameras (X-T1 and X-E1) and 4 Fujinon lenses!

RIOMAGGIORE
Maybe because it was the first village we stayed in, but to me I felt most at home here. Even though it does get busy during the day with the thousands of tourists spreading across all five, at night it get its great small remote village feel back! 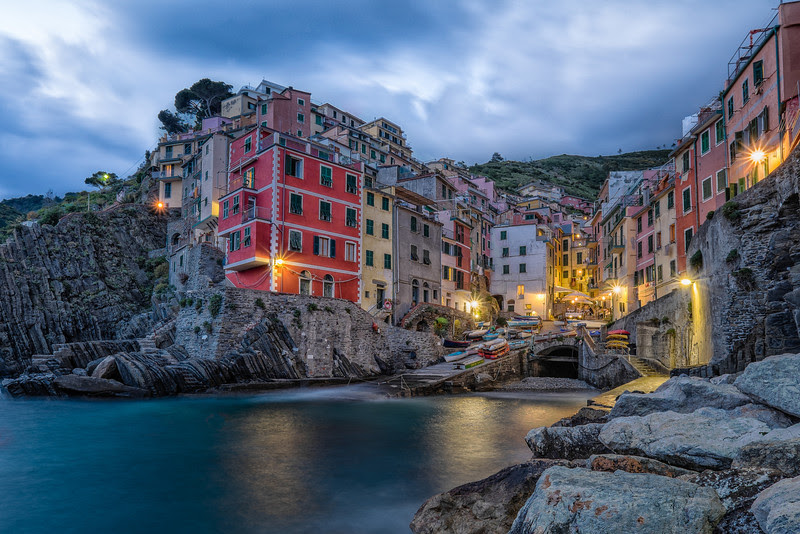 Photographically it has a few good spots, including one where you need to climb across multiple large rocks acting like a breakwater. But be warned; depending on the tide and how rough the sea is at the time, this might lead to some wet clothes. Don't ask how I know this... The image I took from this particular spot was featured in last weeks "Pic(k) of the week".

MANAROLA
Because it is the smallest one, Manarola is often referred to as the baby of the family. Just like Riomaggiore it is a one street village with a small marina on the seaside. If only one image is shown of Cinque Terre, chances are high that it was made here! I personally find it to be the most photogenic village! 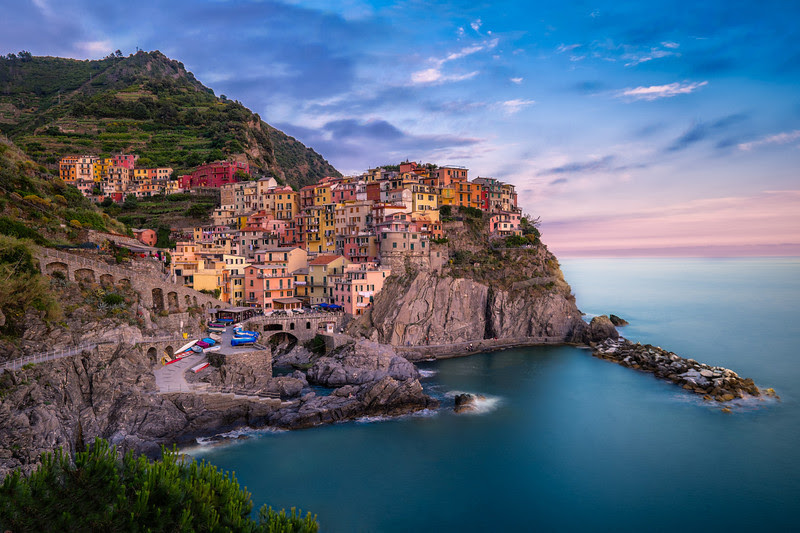 A higher viewpoint to the Northwest close to a cemetery, makes for a great place to photograph during the blue hour. The image above was shot about 15 minutes after sunset. It is worth checking the train schedule if one does not stay in Manarola as the frequency of the trains goes down after 8pm.

CORNIGLIA
The only village that does not have a small harbour or marina and sometimes referred to as the middle child. 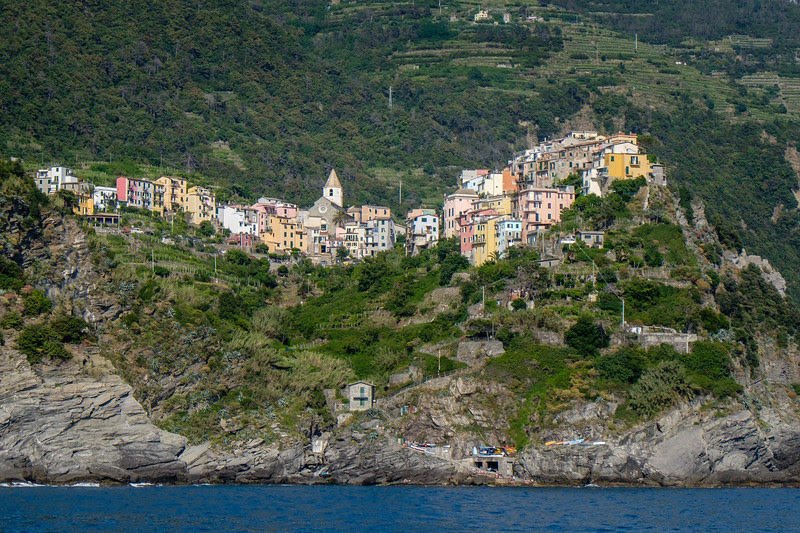 The image above was shot from the ferry, which beside the train also connects all villages except Corniglia. Unfortunately I only managed to visit the village during the middle of the day when the light was too harsh for good landscape photography. Next time, I would definitively try to do some shooting around sunset as it looks very promising and not "over-shot" like some of the other places.


VERNAZZA
After Manarola the second (some call it nr1?) most popular one for photographers... Its harbour with an attractive waterfront makes for nice photo-opportunities of the many small fishing boats and the surrounding church and castle. 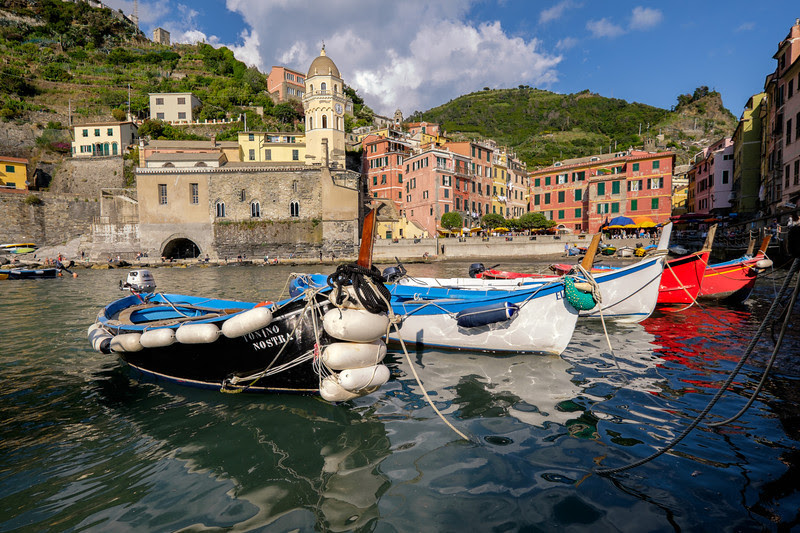 A few good places to photograph the village from a higher viewpoint can be found at the start of the hiking path to Monterosso. These proved to be very popular with a group of German photographers, who surprisingly left at sunset; just when the good light for blue hour photography was about to happen.

MONTEROSSO
The largest and most Northern village is also the most popular with non-photographer tourists, especially for the ones from North America and Australia. Unlike the others it has a large beach and a nice seaside  promenade with plenty of restaurants and small souvenir shops for the hundreds of tourists which arrive daily by bus and cruise ship. Not exactly what one wants for great landscape photography! 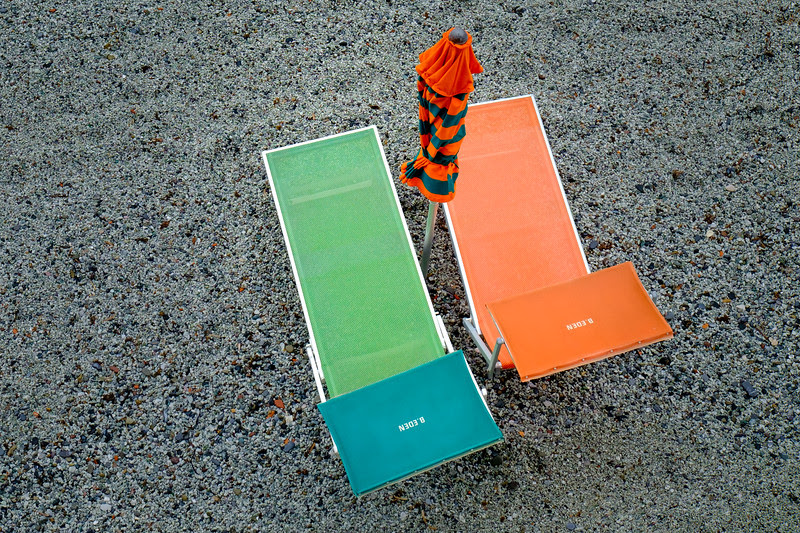 We did however use Monterosso as our base for day 3 and 4 in Cinque Terre as all other villages were fully booked. In hindsight and given I had more notice to organise the trip, I would have preferred staying in Vernazza.


HIKING
Beside the fact that most of Cinque Terre is extremely picturesque, it also attracts a large amount of people that come here for hiking. 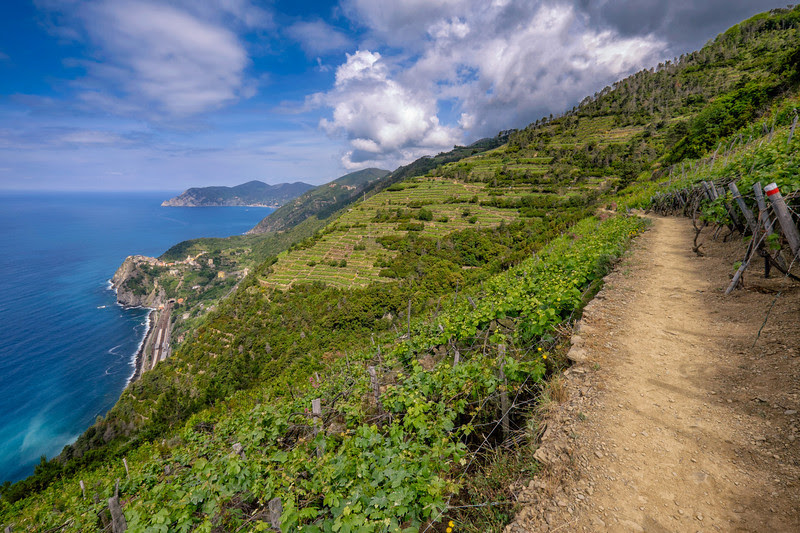 There are lots of great walking trails along the vineyards which given the local terrain can be quite demanding! 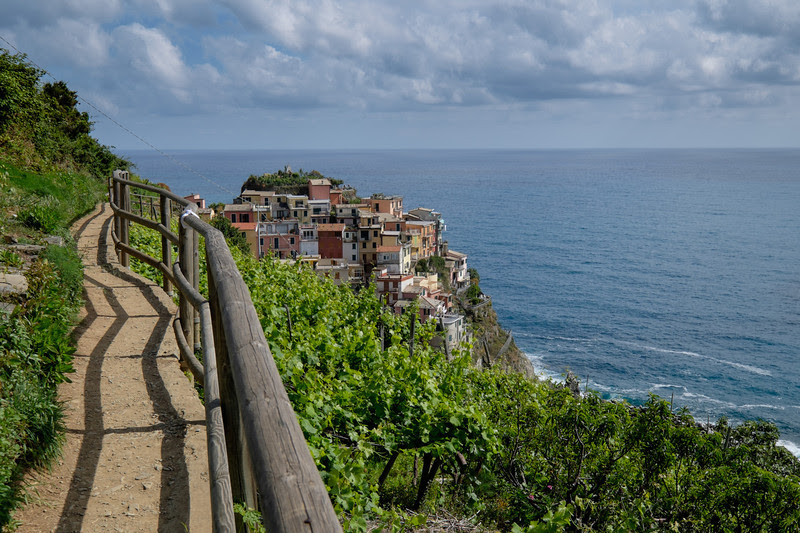 In October 2011, Cinque Terre was severely affected by torrential rains, causing floods and mudslides, especially in Vernazza and Monterosso where large parts of the villages were completely destroyed. Although most of the damage is now repaired, some of the walking paths remain closed.

Given all the hiking between villages, it proved to be a wise decision to only have taken my light weight Fujifilm gear on the trip. I can honestly say, that I did not miss the heavier DLSR's, lenses and heavy weight tripods a single minute during my entire trip...

A 3 min slideshow about my latest photo-adventure trip can be found here.