Pic(k) of the week 35: Crashed in Iceland

Being in Dubai for the Summer, is perfect for catching up on the un-edited images in my Lightroom library.

Just over year ago, I came home from an amazing Icelandic photo-adventure with a few thousand images. A good collection of these can be found in my "Iceland, Land of Fire and Ice" gallery.

Even though I use a pretty strict selection process, occasionally images that should have made it, slip through the net...

Just as I got back from Iceland in early August 2012,  I used an image of the crashed C-117 aircraft as my Pic(k) of the week 32. Even though I still like the image titled "Clipped wings in Iceland", with hindsight it was not the best of the series... 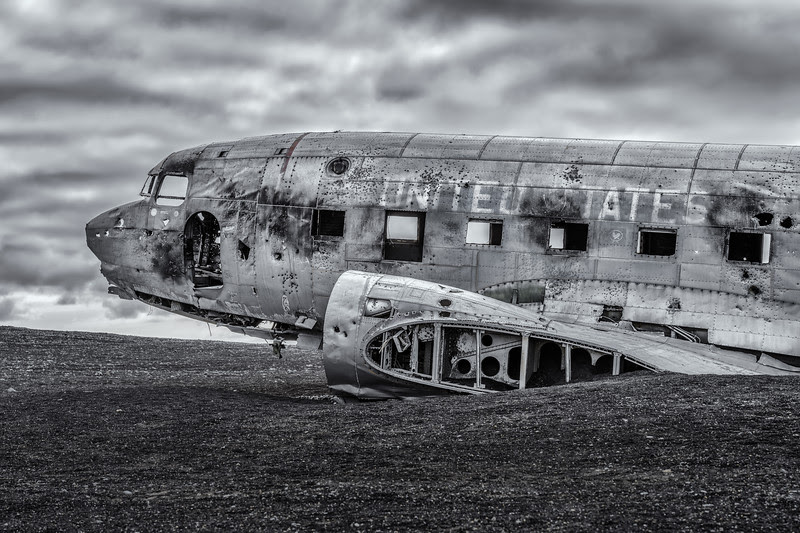 I personally believe that the image above, which I just edited this week, deserves a higher rating...  The fact that the photography software is constantly evolving, obviously helps as well!

In order to have a feeling of what other photographers are thinking about a specific image, I often first upload it to my 500px site. After less than an hour, it was clear people thought it was a keeper!

Because I don't want to duplicate things on this blog, I would like to refer the readers to the previous 2012 Pic(k) of the week 32 blogpost for more details on the how and where behind the crash.

Tomorrow, I plan on going to the largest Aviation museum in Russia; the Central Air Force museum in Monino, about 60 km East of Moscow.

Remember as a pilot we often say; Every landing you can walk away from is a good one".

PS: Nobody was killed in the crash above...