The Flying Legends Airshow at Duxford (UK), is probably the largest get-together of World War 2 aircraft in the world. Not a surprise it has been on my bucket-list for a long time! 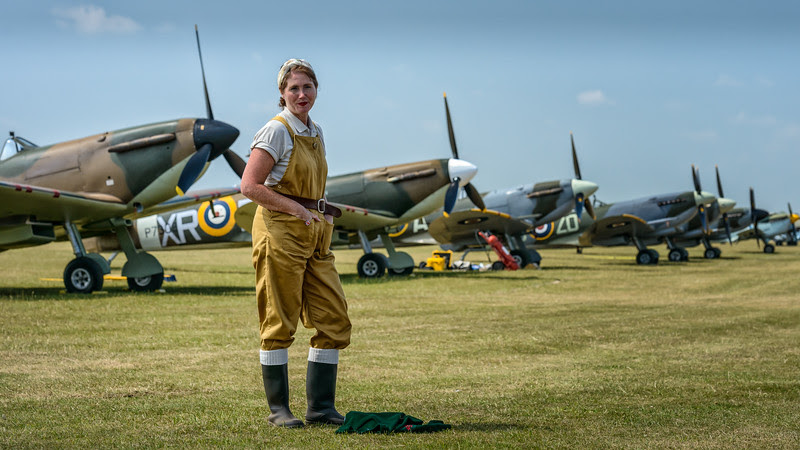 As my annual Summer leave was spanning the weekend of July 13th and 14th, it was a no brainer, I had to try getting there this time...

There really is no better way of getting to such a large aviation event as flying in yourself... As soon as it opened, I phoned Duxford and managed to get an 10am arrival slot for the first day of the show. It didn't take much to convince my brother in law who also holds a Private Pilot License (PPL) to join me to the party! 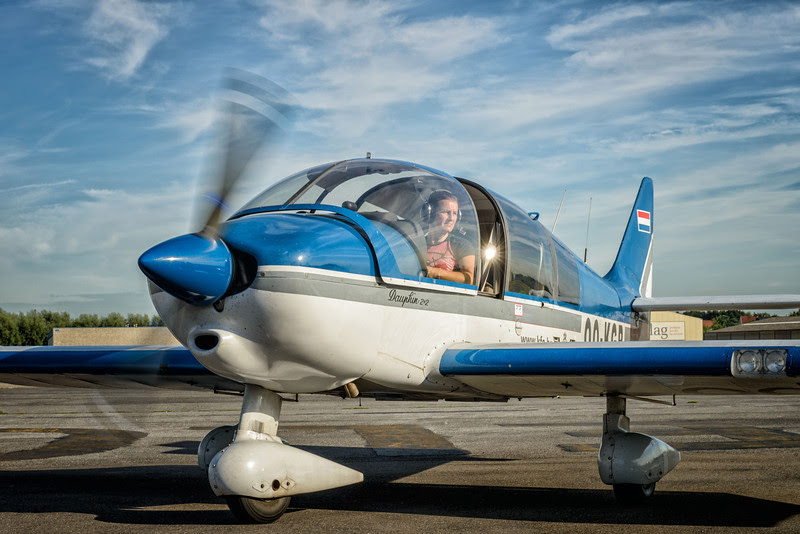 We launched off in a Robin DR400 as soon as our home airport, Kortrijk-Wevelgem (Belgium) opened, and after a Channel covered in fog and low cloud, we landed at Duxford with a flying time of about 1h45'. Not bad compared to a 6 to 7 hour trip by car and Eurostar train!

There are several Airshows at Duxford year round, but the Flying Legends one, is by far the most popular one! The airport also has a great aviation museum on site, which is worth a visit on its own. After we payed our landing and admission fees, we decided to pay the extra 5 pounds for the flight-line walk; allowing us to get better shots of the aircraft displayed on the static display until 1230 (just before the start of the airshow). The image of the Hawker Nimrod above clearly shows how valuable paying the extra 5 pounds is! 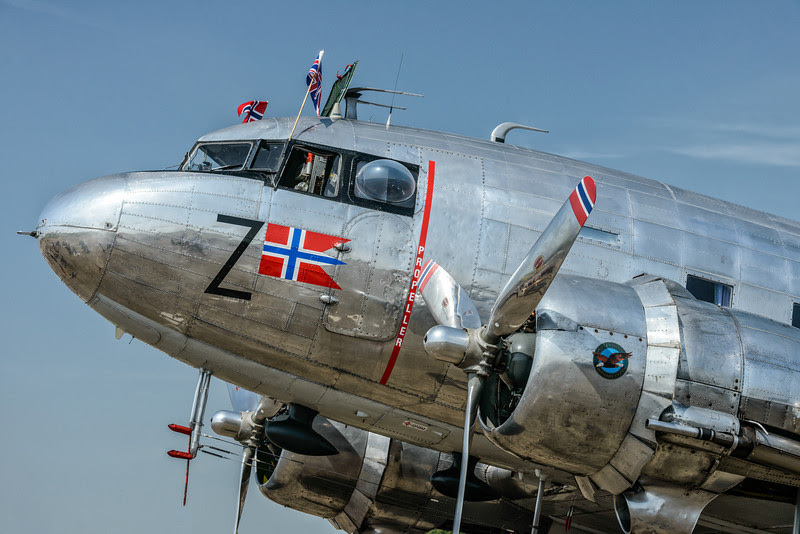 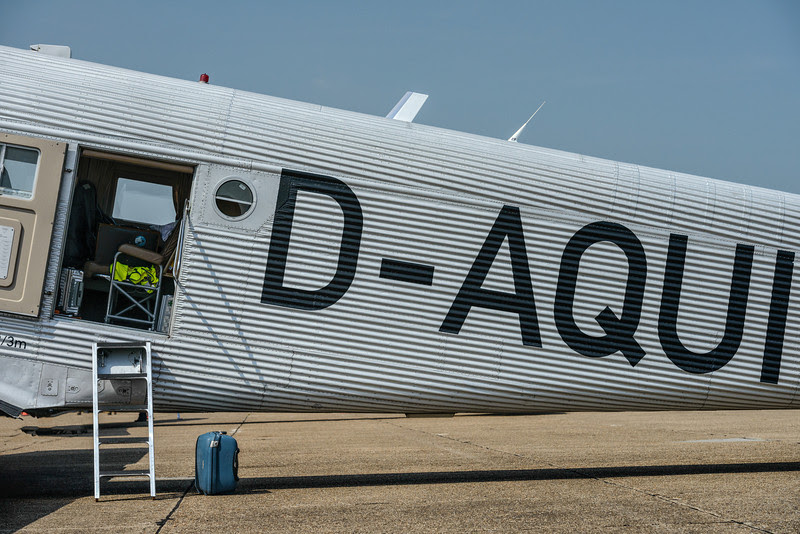 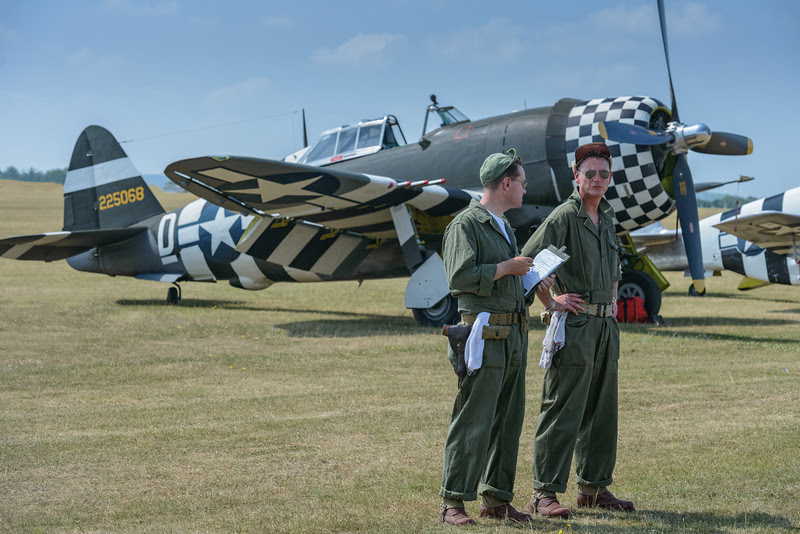 One of the more unique parts of the "flight-line walk" experience, is the fact that people dress up in World War 2 costumes in front of the aircraft. These two mechanics, fit in very well with the US P-47 Thunderbolt in the background. Unfortunately all is largely backlit until well after lunchtime. 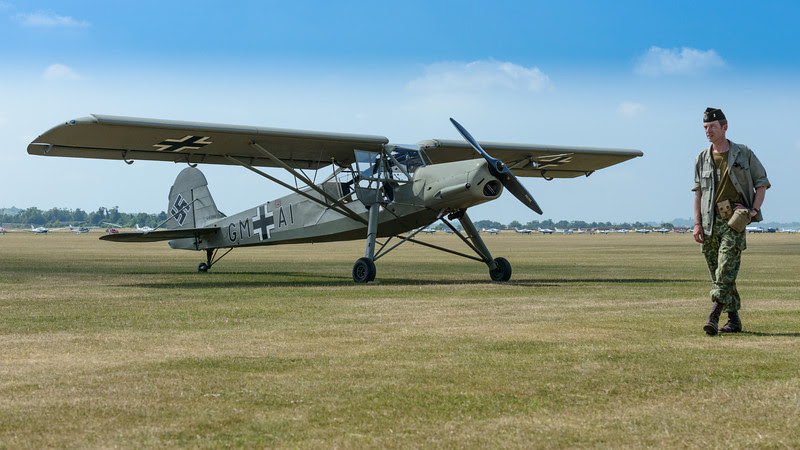 Another disadvantage of the setup at Duxford is that fact that the visiting GA aircraft (including ours) are parked at the opposite site. These "modern aircraft" often spoil the shot, illustrated in the image of a German WW2 Fieseler Storch above. 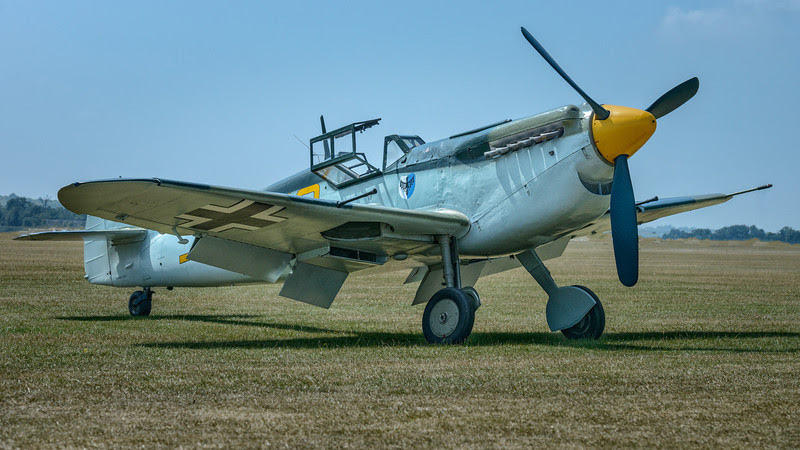 During the photo-editing process, I've therefore spent a lot of time removing these disturbing background factors. The image of a Messerschmitt Me109 is just one example of this! 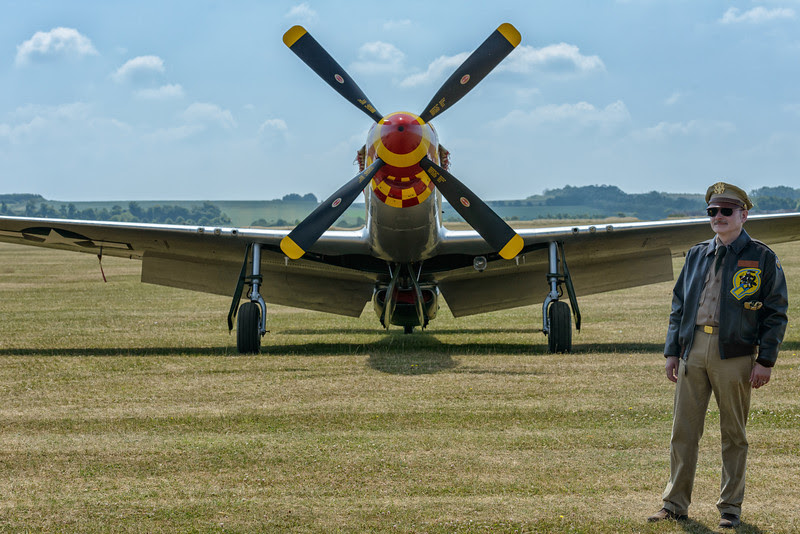 I'll finish the first part of this blog series with a Belgian gentleman, posing in front of a P-51 Mustang.

In part 2 (due early next week), I'll concentrate on the flying displays as well as some final thoughts.