Ghost town by the sea

After living in the United Arab Emirates for more than 7 years, I just discovered a new photography paradise... It all started by a blogpost of Michael Cruz, another UAE based photographer who posted a new HDR (High Dynamic Range) image on his website.

A brief Google Earth search and I was on my way to an abandoned fishing village just south of the Northern Emirates city, Ras Al Khaimah. The power of Twitter connected me with the editor of the Ras Al Khaimah Free Trade Zone, Kjellyn Peterson, who was so kind to share a great article she wrote about this mysterious village earlier this year. All the images on this blogpost or mine however the following text is a reproduction of Kjell's work;

"Deserted less than forty years ago, Jazirat Al Hamra is purportedly one of the only complete villages of its kind still standing in the Gulf Region, which gives a glimpse of what life was like before the discovery of oil.

Situated only a short distance off the main highway running between Ras Al Khaimah city and the Al Hamra development and a couple kilometers from the Al Hamra Mall, the village is not readily spotted from the road. But once pointed in the right direction, one quickly arrives at its outer edge, where an old fort and tower watch in eerie silence over empty streets and abandoned buildings, some at least a century old. Mosques, shops, and houses – with courtyards overrun by vegetation and quaint features like star windows, wind-towers, and carved doors – all lie in varying states of decay and disrepair. Beyond the tower, the main village paths meander through the town towards the sea and eventually converge in a town square of sorts, where the souk – a handful of stores and open-front shop buildings – was located.

Some of the most interesting buildings in the town can be found here, including a small mosque, complete with a tiny, crudely-shaped minaret tower and a large house with wind-catchers, where a well-to-do merchant lived. Once home to a thriving pearling and fishing community, the town’s proximity and relationship to the sea is evident everywhere, on the sandy pathways with shells and coral strewn all about, as well as the very buildings themselves, which were made from coral and bricks of sand and shell. Traditionally, pearling was a major source of income for Ras Al Khaimah’s coastal towns, and Jazirat al Hamra’s location, believed to have been inhabited since at least the 16th century, was abandoned only in the latter half of the 20th century, after the decline of the pearl trade. 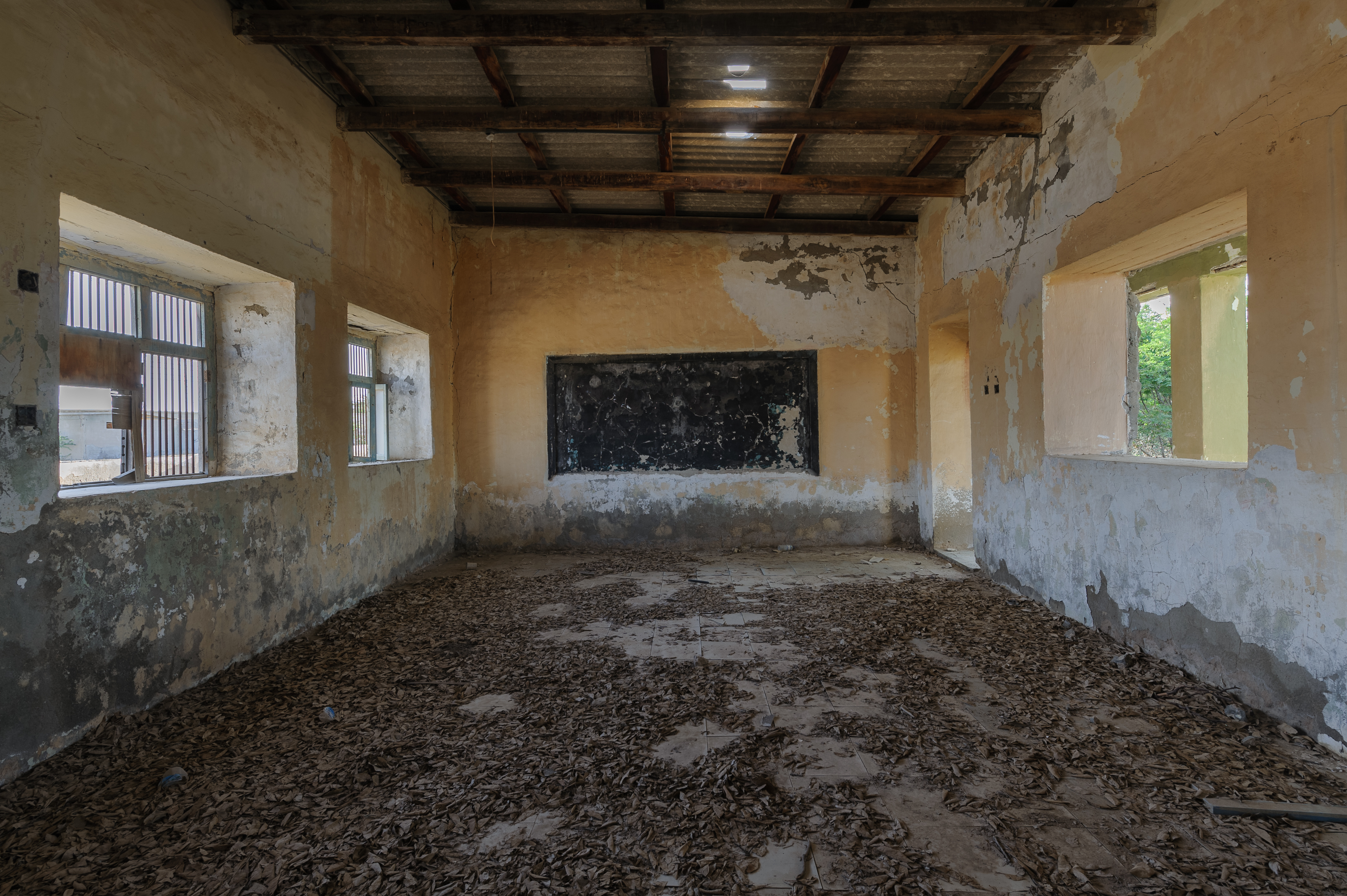 Varying accounts exist as to why the village was deserted. Some tell of a dispute between the tribe residing there and local authorities, which resulted in the tribe appealing to Sheikh Zayed and moving to Abu Dhabi after the formation of the UAE; while others claim that the town was gradually deserted, with most of its inhabitants moving away simply because they were attracted by the job opportunities, lifestyle and conveniences found in larger cities and modern housing communities. Its inhabitants may be gone, but Jazirat Al Hamra is not forgotten.

Former residents still living in the area can be found gathering in the souk area with old friends and companions and are often happy to point out their former homes, reminisce, and share fond memories of the place they once called home as well as their fears for its future. Not an official tourist site, the town occupies an enviable portion of waterfront property and is threatened by the modern developments encroaching on it from all sides. For this reason, many of the families who still own property in the town are reluctant to sell, and some wish that the town’s value as an important historical / heritage site would be officially recognised, before it disappears forever.

Most of the major paths in the village are wide enough to be navigated by automobile, and four wheel drive vehicles are recommended, as portions of the area are covered with soft sand. The site is quite large, with diverse types of architecture from different decades, and photography and history buffs alike could easily find themselves taking several hours to explore it all. But those visiting close to sunset are warned to beware – It is said that the Djinn, who dwell there now, emerge at night fall"
Kjell's orginal article can be found  on page 11 of the electronic version of the Free Spirit RAKTZ magazine.

Shortly before sunset I bumped into another Dubai photographer by the name of Jason Kotecha who has some great work at Escapism. Jason also discovered Jazirat Al Hamra through the powers of social media. Exactly like myself. I'm sure that Michael, Jason and myself will try visiting this place again and even better will try to shoot together in the coming months.


To the ones celebrating a Merry Christmas and to all of you Happy Shooting,
Bjorn

It really was a terrific coincidence meeting you in the village! Glad that I did as it's so interesting finding like minded people here and it's so interesting to see different perspectives of the same scene. You saw lots of things that I did not and you have a great selection of shots. I think you really captured the feeling of the place and I particularly like the inside shots!

It's fantastic that you got hold of the article too. Thanks also for the mention. I just added my second shot from the village today and mentioned you too.
December 21, 2009 at 5:51 PM

I really learned a lot about the place from your post.

Thanks for linking me on your blog.

Stoney Runes said…
Hi Bjorn,
I was looking through Flickr at images of the new tower in Dubai and somehow clicked through to you. Thanks for these images - a lovely reminder that there is real history here.